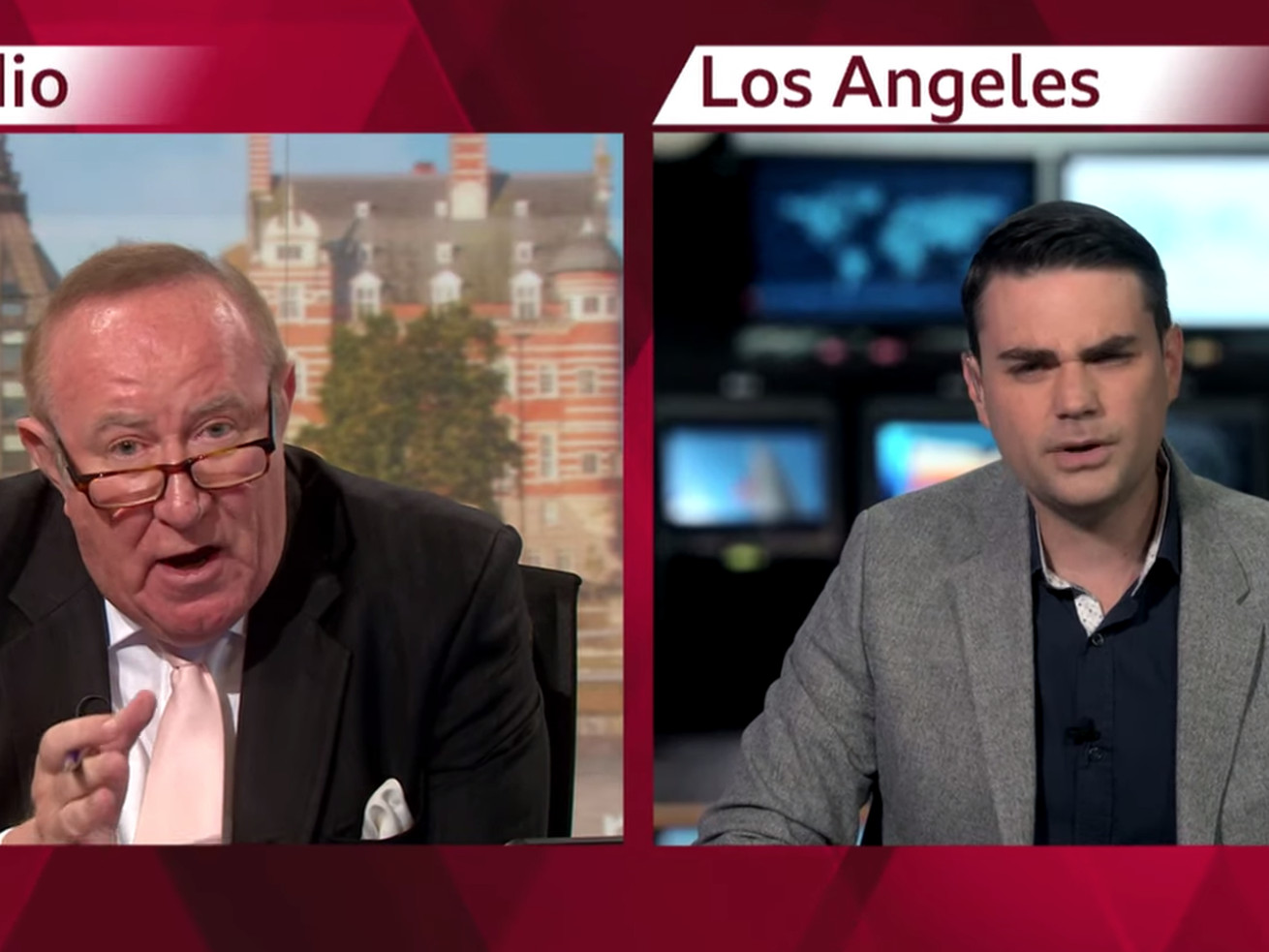 Conservative commentator, former editor for Breitbart, and all around putz Ben Shapiro has been praised for a long time by numerous right-wing and bipartisan publications as a “gladiator” for the conservative movement in the USA.

“DEBATE ME, DEBATE ME” Shapiro has long cried out into the night, like a stray cat atop a dirty fence post.

Well, he finally got the debate he was looking for, and bombed so, SO beautifully.

This week in an interview with the BBC, Shapiro lasted for a whopping 16 minutes of very standard questioning before storming out because, well, someone actually asked him questions and his usual method of talking at 100 miles per hour didn’t get him off easy this time. The audacity.

“Frankly I find this whole thing a waste of time.” @benshapiro and @afneil clashed during a BBC interview, which eventually got cut short. https://t.co/coD7z2AgL5

There are a lot of lovable moments from the last minute of this interview, from Ben Shapiro calling Andrew Neil (notable conservative journalist) a leftist snowflake, to actually yelling out on international television, “I’m more popular than you,” and thinking it was a devastating own, to the fact that whole time he just looks as upset as a toddler taking a particularly massive shit. However the entire interview is great, not just the last few minutes, and you can watch it on the BBC’s website here.

Honestly the only thing I loved more than watching Ben Shapiro not last more than 16 minutes in an extremely tame televised interview has been watching people just completely dunk on him online all day.

pretty sure we can just mass reply to every ben shapiro tweet with this video clip going forward pic.twitter.com/ISWhW8ersB

Friendly reminder that Ben Shapiro once offered a woman 10 grand just to talk to him and she still wouldn’t do it.

With Ben Shapiro embarrassing himself on BBC, reminder he wrote a book that is supposed to teach you how to debate and destroy leftists, and his primary example of a leftist in the book is Tory-voting Trump-supporting Piers Morgan pic.twitter.com/ebvRzdzjFZ

Ben Shapiro has been doing windmill dunks on a Fisher-Price hoop and everyone in the media was convinced that meant he was an All-Star.The nanosecond BBC raises the rim by a foot he loses his shit, calls it unfair and storms out.

I agree with Charlotte. What matters is Ben Shapiro’s repugnant Islamophobia, misogyny and racism. It shouldn’t matter that he snowboards on a strawberry leaf and uses a thimble for a jacuzzi. https://t.co/I3Bw9h8FZ4

there’s an episode of 30 rock where Tracy gets really mad at Kenneth for beating him at halo bc all of Tracy’s friends had been letting him win for years and he didn’t realize he sucks at halo. anyways that’s what’s going on when Ben Shapiro storms out of book interviews

I cant believe Ben Shapiro aborted this interview. He should have been forced to carry it to term.

Ben Shapiro can dish it but can’t take it. Facts don’t care about his feelings.

In fairness to Ben Shapiro, I too would storm off any TV show if they forced me to defend actual Ben Shapiro quotes.