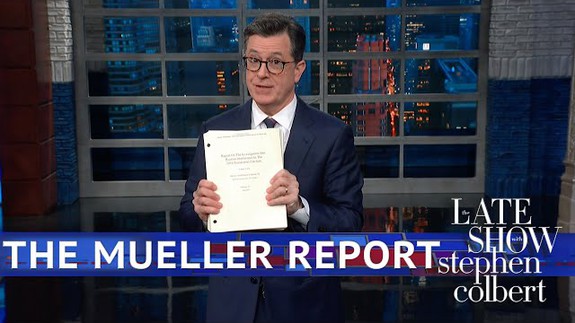 Stephen Colbert has a new theory about that bizarre Game of Thrones/”Game Over” photo Donald Trump tweeted after Attorney General William Barr’s press conference ahead of the release of the Mueller Report. That cloud of vapor surrounding Trump is simply all “the smoke Barr just blew up his ass.” Ouch. Also, ew.

Colbert finally got his hands on the 400+ page Mueller Report and he has some *thoughts.* Read more…