When Democratic presidential candidate Elizabeth Warren put forth a sweeping plan to cancel student debt last week, she also exposed the deep divide between how liberals and conservatives think—and, inadvertently, why liberals often have so much trouble getting their ideas enacted into law.

Under the plan that Warren announced, about 42 million Americans would have up to $50,000 in outstanding debts canceled. Philip Klein, the executive editor of the conservative Washington Examiner, quickly chimed in with a tweet and a blog post criticizing the senator’s proposal as unfair.

New post: “Elizabeth Warren’s plan to cancel student loan debt would be a slap in the face to all those who struggled to pay off their loans” https://t.co/4g6No2MRVm

Taken aback that Klein would cast his objection to Warren’s plan as a matter of justice, the Twitter left erupted with outrage and mockery.

Child labor regulations a slap in the face to children who worked in coal mines https://t.co/llwzoNn1zB

Personally, I understand the feelings that Klein’s post brought forth. I too am a liberal who believes that it is unconscionable to plunge 20-year-olds deeply into debt merely for wanting to educate themselves. More broadly, I favor many of the policy ideas that Warren has been rolling out. As an American-born psychology professor now living in Canada, I am a strong supporter of my adopted country’s universal health system, which has served my family admirably.

[Read: The mental and physical toll of student loans]

Yet because I’ve also spent the last few years studying how perceptions of unfairness differ for liberals and conservatives, Klein’s language didn’t surprise me in the least. There is more than one way to decide who is deserving of what.

One is by need: Some people have more than they need, and others need more than they have. Even when liberal leaders describe policies that are beneficial to everyone, they make it clear that the most important beneficiaries are those whose needs are most urgent. Indeed, Warren’s plan was also criticized from the left for insufficiently prioritizing those who need debt relief the most. 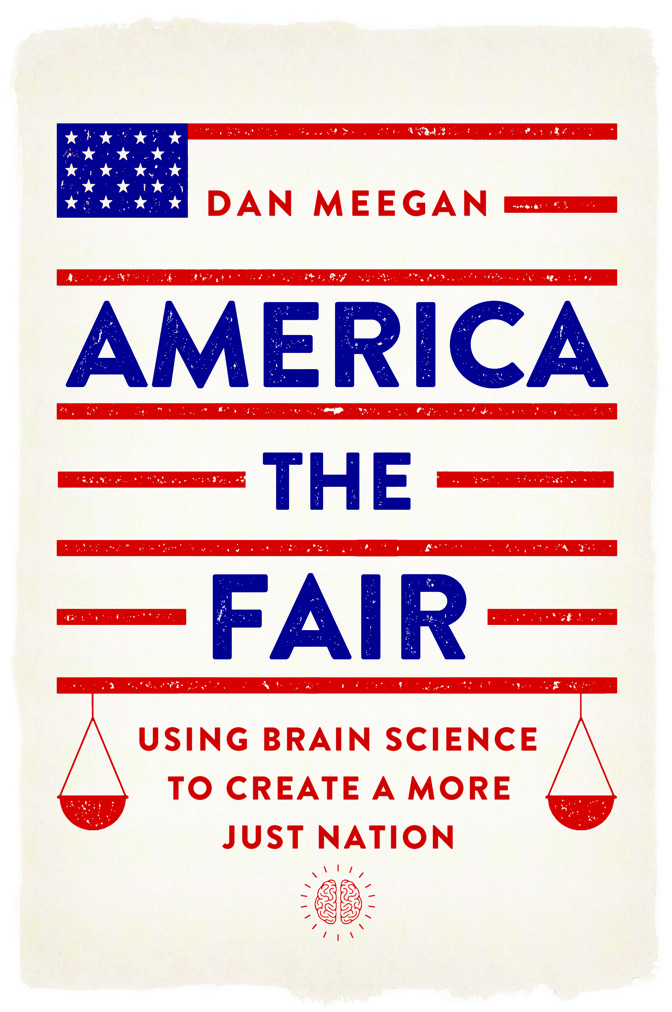 This article was adapted from America the Fair: Using Brain Science to Create a More Just Nation by Dan Meegan, published by Cornell University Press.

Still, there are other ways of judging what’s fair. Conservatives tend to value equity, or proportionality, and they see unfairness when people are asked to contribute more than they should expect to receive in return, or when people receive more than they contribute. Consider a hypothetical comparison of two people who graduated from college five years ago with equal amounts of debt. Jessie successfully implemented a plan to pay off the debt in five years, while Sam still has much to repay. Warren’s plan forgives Sam’s debt, but offers nothing to Jessie, despite her industriousness and self-discipline. To add insult to injury, Jessie must contribute tax dollars to the $640 billion fund necessary to forgive outstanding loans, including Sam’s.

Pundits on the left often argue, using survey data as evidence, that a majority of Americans hold liberal values. For example, a majority of Americans support specific programs, like Social Security and Medicare, that have been created and defended by Democratic politicians. However, although Social Security and Medicare are motivated by the need principle (they do much to prevent poverty among the elderly), they are also motivated by the equity principle (what people receive in retirement is related to what they contributed while working). In other words, widespread support for such programs does not demonstrate a majority preference for need-minded values.

Liberal commentators’ failure to understand these dynamics was evident in the many condescending responses to the Tea Party cry “Keep your government hands off my Medicare!” To many liberals, this cry was a simultaneously hilarious and horrifying reminder of the Republicans’ ignorance: OMG, they don’t even realize Medicare is a government program! To me, it was a reminder that Medicare, funded by a payroll tax, is an equitable program, treated rightfully by working people—as in Aesop’s fable about the ant and the grasshopper—as the wintertime fruit of their summertime labor.

This conservative version of fairness is wired deeply in the human brain, and liberals ignore it at their peril. In the laboratory, psychologists study the roots of economic and political attitudes through exercises like the ultimatum game, in which one player (the allocator) makes an offer to another player (the recipient) about how to split a small pot of money put up by the researchers. The recipient can accept the other player’s offer and take the cash—or reject it, in which case neither player gets anything. Not surprisingly, when the allocator offers a 50-50 split, recipients accept it.

However, very unfair offers, such as a 90-10 split favoring the allocator, are often rejected by recipients, even though 10 percent of the pot is better than no money at all. When researchers measure the brain activity of recipients considering unfair offers, consistent activation is shown in an area called the anterior insula, which is known to be the cortical hub for visceral signals corresponding to emotional distress.

Why would the brain’s default mode be to reject something in favor of nothing? Cognitive scientists have discovered that such seemingly irrational behavior often has an adaptive purpose. Rejection of unfair treatment, for example, has the purpose of enforcing social norms about the allocation of resources. Acceptance of an unfair offer now all but guarantees continued mistreatment at the hands of the allocator, whereas rejection sends a clear message: Don’t take advantage of me, and don’t help yourself to more than you deserve.

Behavioral scientists have documented similar dynamics in our primate relatives. Studies by Sarah Brosnan of Georgia State University and Frans de Waal of Emory University, for example, demonstrated that monkeys trained to give a token to a human experimenter in exchange for a piece of cucumber would start refusing to participate when they witnessed another monkey receive a tastier grape for the same effort. The monkeys were particularly upset when grapes were given to another monkey for no effort at all, sometimes throwing the (formerly satisfactory) cucumber in protest.

One might conclude from this that liberals, in their emphasis on helping the needy, are superior to conservatives because they strive to overcome biological determinism. Yet one could also accuse liberals of neglecting other definitions of fairness and—to their political detriment—of paying too little attention to how many other human beings instinctively think.

[Read: “Republican” is not a synonym for “racist”]

American liberals looking fondly over their northern border often misunderstand why policies considered left-wing in the United States are so popular in Canada. Middle-class Canadians support their health care system not because it’s good for the needy, but because it’s good for themselves. When they get angry about threats to their health care system, it is because they take the threat personally—they are defending their own interests rather than those of some underprivileged stranger.

In the United States, Social Security is popular for similar reasons. Taken at face value, liberals’ emphasis on need and conservatives’ preference for proportionality would seem to predict very different policy preferences. If Social Security were strictly proportional, those who made the largest contributions during their working years would receive the most benefits during retirement. Instead, low-income individuals receive more than they contribute, and high-income individuals receive less than they contribute.

Why, then, is Social Security so popular among conservative voters? For one thing, the contribution-to-benefit ratio is proportional for middle-income individuals. One might say that Social Security is sufficiently proportional to reassure conservatives—excepting those with high incomes—that it does not violate their sense of fairness. Does this mean that it is inconsistent with liberal values such as helping those in need? No. The fact that low-income individuals receive more than they contribute does much to mitigate poverty among elderly citizens.

Unlike Warren’s loan-cancellation program, her child care proposal could find a similar sweet spot, although conservatives might argue that a truly universal program would extend subsidies to families with a stay-at-home parent. Bernie Sanders’s proposal for Medicare for all might have broad appeal as well, and its positive reception by an audience of Fox News viewers at his recent town hall is an encouraging sign that universal economic policies, framed as such, will be seen as fair by liberals and conservatives alike.

One way or another, liberals must recognize that many Americans define “fairness” in terms other than aid to the neediest—and should craft their messages for 2020 accordingly. Donald Trump’s recent budget proposal includes cuts to Social Security and Medicare. Will Democrats be smart enough to point out that he’s threatening benefits that Americans have paid for and that they deserve?

This article was adapted from America the Fair: Using Brain Science to Create a More Just Nation by Dan Meegan, published by Cornell University Press.