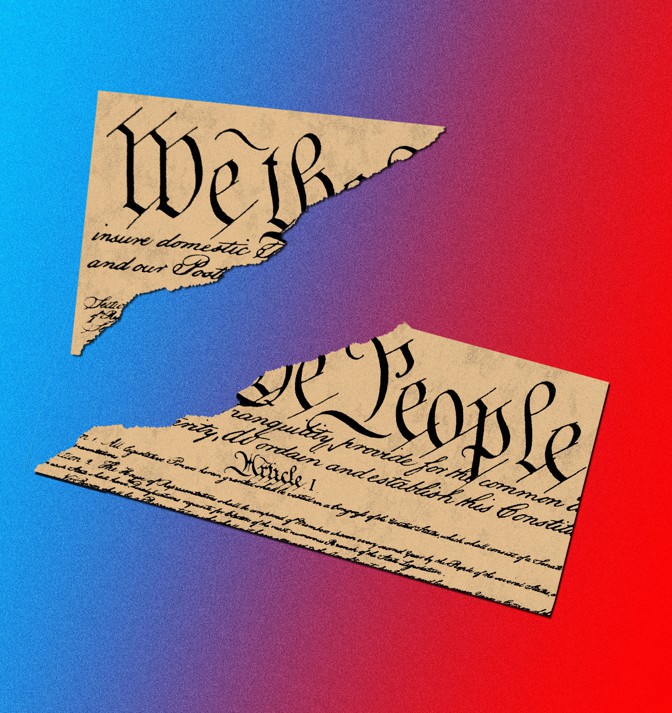 Democratic and Republican politicians agree on one thing when it comes to President Donald Trump’s tax returns: The Constitution determines who can see them. Democrats insist that Congress must have access to fulfill its “constitutional responsibilities of oversight” (Representative David Cicilline of Rhode Island) and evaluate possible violations of the Constitution’s emoluments clauses. Republicans insist that the House Ways and Means Committee’s request for the returns raises “questions of grave constitutional significance” (Representative Bradley Byrne of Alabama) and goes beyond what the Framers of the Constitution “had in mind” when they “created Article I” (Senator Chuck Grassley of Iowa).

The United States has the longest-lasting written Constitution on the planet. Other countries replace their constitutions every 19 years on average; we have kept ours for more than 230. Yet in political debates such as the Trump tax tussle, it sometimes feels as if we have two legal charters, one for Republicans and another for Democrats. The suspicion arises that the Constitution may no longer be serving as a symbol of “unity and common purpose,” and might instead be enabling or even exacerbating partisan strife.

That suspicion, it turns out, is well grounded. My colleagues Eric Talley, Julian Nyarko, and I recently examined the evolution of constitutional rhetoric on the floor of Congress from 1873 to 2016. We first identified all remarks that referred to the Constitution. We then trained a machine-learning algorithm to predict whether Republicans or Democrats were speaking, based solely on the content of the remarks. If the algorithm finds this hard to do, it suggests that the parties tend to talk in similar or overlapping ways. If the algorithm performs this task with a high degree of accuracy, it suggests that the parties are largely talking past each other.

The results are sobering. Since about 1980, it has become increasingly easy for an algorithm to predict whether any given constitutional remark was made by a Republican or a Democrat. It has likewise become increasingly easy to predict whether the speaker was a conservative or a liberal. By the time Trump took office, the machine was guessing right roughly 80 percent of the time.

This result holds up across multiple algorithms, multiple measures of algorithmic accuracy, and multiple criteria for what counts as a constitutional remark. Additional tests of the “disjointness” between the parties’ rhetoric point to the same conclusion: To an unprecedented extent, Republican and Democratic members of Congress no longer speak the same constitutional language.

Underlying this polarization of constitutional discourse, we further found, are competing constitutional vocabularies. In particular, whereas terms from or about the original Constitution of 1789–91 have become associated with the Republican Party, terms from or about the Reconstruction Amendments of 1865–70 have become associated with the Democratic Party. Republicans are more likely to discuss the Founding Fathers and textual provisions such as the First, Second, and Tenth Amendments—emphasizing themes of individual liberty and state autonomy. Democrats are more likely to discuss civil rights and voting rights—emphasizing themes of equality and federal authority. The perennial tension in constitutional law “between the values of the Founding and the values of Reconstruction” is today a highly partisan struggle.

The ongoing debate over H.R. 1 shows how this struggle plays out. After House Democrats introduced H.R. 1 in January, Republicans took to the floor to argue that the electoral-reform bill would “limit Americans’ First Amendment right to political speech” (Senator Mitch McConnell of Kentucky), encroach on “the liberties and powers of the Constitution reserved for the States and the people” (Representative Jeff Duncan of South Carolina), and undermine “the original intent of the Founders” (Representative Barry Loudermilk of Georgia). Democrats countered that the bill would provide crucial protections for the “constitutional right to vote” (Representative Sheila Jackson Lee of Texas) and help redeem “a Constitution that was flawed” at its inception “by not recognizing the full equality of every American” (Senator Jeff Merkley of Oregon).

As these remarks reflect, members of each party follow a certain constitutional script. The details change, depending on the issue. The broad interpretative themes, and ideological fault lines, stay the same.

What’s more, constitutional discourse has polarized at least as rapidly as nonconstitutional discourse since 1980—on most measures, even more so. Any number of legal thinkers have imagined the Constitution as supplying a kind of cultural glue that disciplines disagreement and tempers partisan passions. At least in recent decades, our findings suggest something closer to the opposite. Arguments pitched in a constitutional key do not generally transcend preexisting political divides so much as mirror or magnify them.

These arguments, however, are imbalanced in a key respect. During the 1960s and early 1970s, Democratic legislators invoked their preferred constitutional clauses and tropes far more often than Republican legislators invoked theirs. By the turn of the millennium, the situation had flipped. Of the 50 constitutional terms that were most strongly “owned” by one party under President Barack Obama, for instance, approximately three-quarters belonged to Republicans. Democrats may have dominated constitutional discourse in the Capitol at the height of the civil-rights movement, but Republicans have caught up, and then some.

This puts Democrats to a choice. One option is to accept this asymmetry and continue to emphasize nonconstitutional narratives. Yet insofar as the Constitution really is America’s civil religion, future Democrats who wish to enact transformative legislative programs—from the Green New Deal to Medicare for All to a tax code overhaul—may need to develop a more robust “higher law” language with which to make their case. The alternative is not just constitutional polarization, but constitutional marginalization.