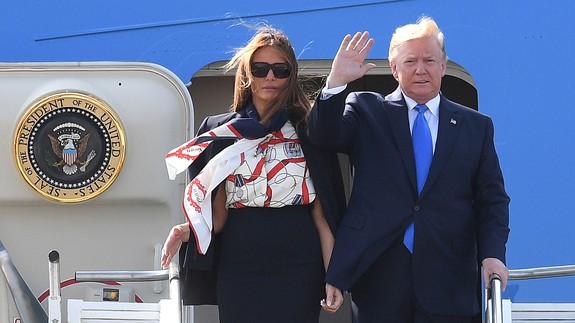 Trump had barely touched down in the UK before he fired off his first angry tweet.

On Monday morning, the president arrived in London for a three-day state visit. As the adverts from some broadcasters suggest, though, not everyone in the UK was exactly excited to see him.

Firmly in the “not excited” category was London’s mayor, Sadiq Khan.

From rolling back women’s reproductive rights to defending white supremacists and far-right nationalists – President Trump’s behaviour flies in the face of ideals America was founded uponAs the US’s closest friends we have a duty to speak out#Ridgepic.twitter.com/pYDBvh1dU4