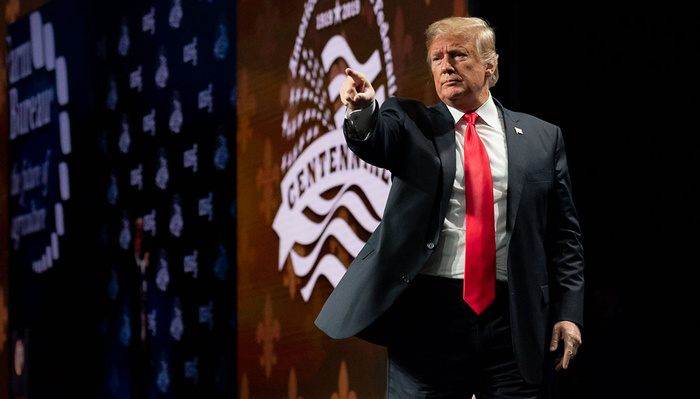 Donald Trump, a president who often likes to use the phrase “fake news” to describe the media, has created a fake news scandal of his own after an article in Gizmodo revealed that several photos of the president have been altered by his digital team.