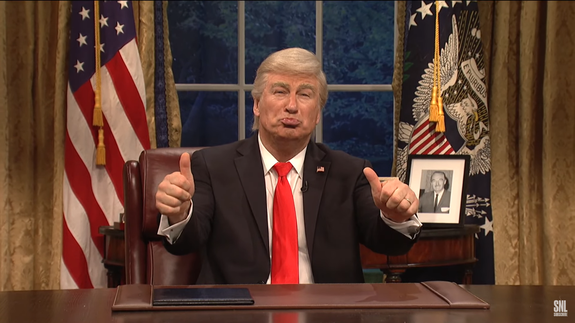 Queen’s “Don’t Stop Me Now” is a fun song. Even when the lyrics are re-worked to celebrate the many transgressions and seemingly provable outright crimes of the Donald Trump administration.

Alec Baldwin brought his Trump schtick back to Saturday Night Live’s cold open on May 18, the show’s Season 44 finale. The rousing Oval Office jam session featured all the familiar faces you’ve come to expect from SNL’s many journeys into Trumpworld, including a special guest appearance from Robert De Niro as Robert Mueller.

Yes, Trump is still president and all the things that this fun song sings about are in fact completely terrible. But it sure is catchy, right? Read more…