Less than two weeks before the midterm elections, Facebook announced on Friday that it had removed multiple pages, accounts, and groups from Facebook and Instagram that were part of a coordinated disinformation campaign originating in Iran. The accounts spread fake news targeting both liberal and conservative users of the site, with Facebook saying that the goal appeared to be spreading general disinformation rather than targeting any particular political cause. The accounts removed today were tied to hundreds of accounts removed by the company in August, though Facebook says that an investigation into the actors behind the content is still ongoing.

The threat, which was identified by the Facebook’s intelligence team last week, consisted of 30 Pages, 33 Facebook accounts, and 3 groups on Facebook, as well as 16 accounts on Instagram. Over 1 million accounts followed the identified pages.

Ads for the pages began running in June 2016 and the continued through January 2018. Less than a $100 US dollars were spent on the ads, which promoted seven fake events. Facebook didn’t offer any detail about what the events were, how many individuals had seen the posts in question, or how many people had attended the fake events. Unlike the content discovered in August, Facebook could not identify a direct like with Iranian state media.

Pages identified targeted voters on both sides of the political spectrum and primarily focused on US politics. One page, “Wake Up America,” addressed topics such as Colin Kaepernick and Special Counsel Robert Mueller’s investigation. 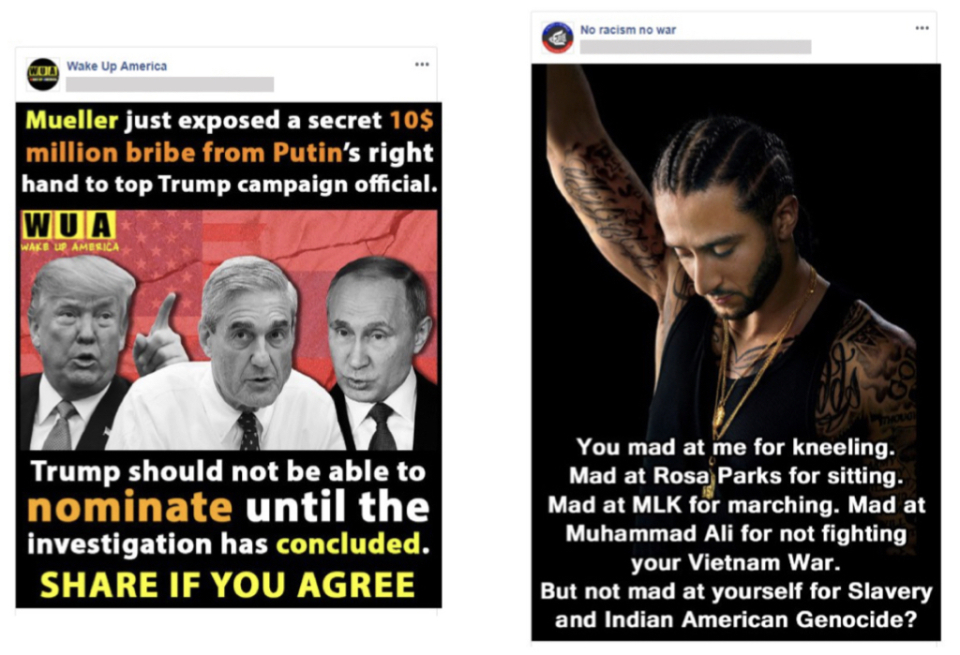 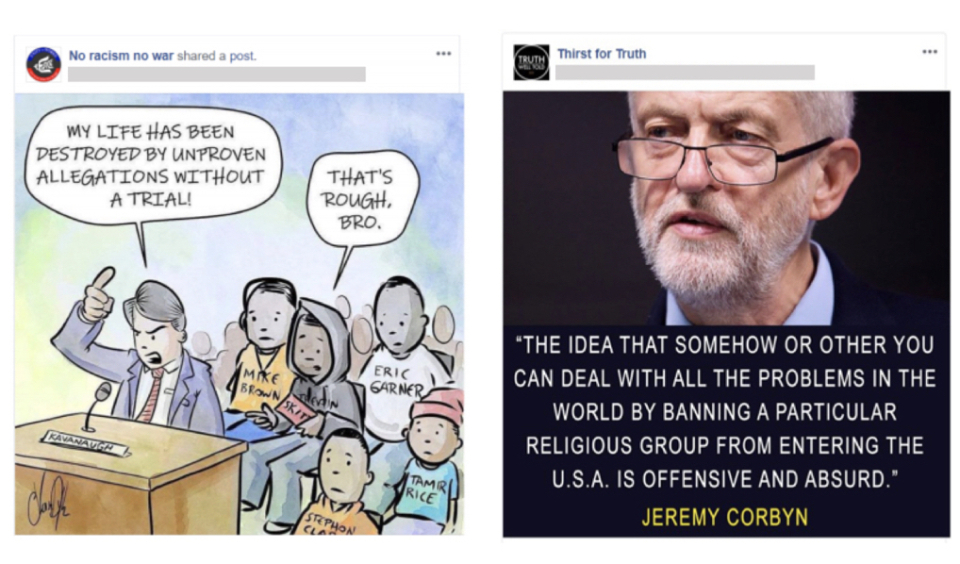 “The actions we take are based squarely on behavior not content, so we are careful to not take too much time analyzing the content,” Nathaniel Gleicher, head of cybersecurity policy at Facebook said during a call with reporters. “[The focus] was sowing discord and politically divisive issues, rather than focusing on events that would occur.” Gleicher would not speculate on if the content was tied to the 2018 midterm elections, though user interaction and the amount of content posted by the pages had increased over the past year.

On Friday Atlantic Council’s Digital Forensic Research Lab released a preliminary analysis of the content that suggested that the accounts were aimed at the midterms. Other content amplified anti-Saudi and anti-Israeli content. Ben Nimmo, one of the co-authors of the report, said that of the accounts he looked at, none mentioned content about the caravan or recent bomb threats against prominent Democrats.

In August, Facebook purged hundreds of accounts tied to a publisher named Iranian Liberty Front Press, which promoted fake news content through Facebook, Twitter, and Google to stir up political dissent. The network was uncovered by cybersecurity company FireEye. As a result, Twitter and Google also removed hundreds of accounts connected with the Iranian influence campaign. Facebook says it has shared its most recent findings with industry partners.

Facebook said it has also sent the information to UK and US lawmakers, including the Foreign Intelligence Taskforce. Facebook said that it has been running exercises to increase its response time during the 2018 midterms and will take lessons from its work monitoring elections in Brazil to more quickly identify multiple attacks.