The economy looks to be on a roll, if recent releases of economic indicators are anything to go by. The unemployment rate is near a 50-year low. Job growth has been averaging over 200,000 per month. Inflation-adjusted median household income has been climbing sharply for the past three years.

The numbers suggest that the Great Recession is finally behind us. But some people aren’t feeling it, especially if they happen to be in the middle class. Indeed, recent reports have suggested some lingering middle malaise may reflect an urban versus rural divide, or a split of superstar cities versus everyone else. What if the Great Recession did not just affect some areas of the country worse than others, it also affected the middle class differently than the top or bottom in those areas?

Weak wage growth in the middle

The figure below shows real hourly wage growth for each quintile of the wage distribution between 2006 and 2016, a period bracketing the Great Recession:

While wages are up for everyone, the gains have been far from equal. It is not too surprising that wage growth was highest in the top quintile—this element of economic polarization is now well known. Wage growth was also reasonably robust at the bottom, above 6 percent, as several minimum wage increases at the national and state levels took effect. However, wage growth in the middle quintiles, especially the second and third, was much weaker. The result is that wages at the bottom and middle have been pushed closer together, while wages at the top have pulled away from everyone else.

Middle class stagnation is in the worst-hit areas

But there is a geographical element to this story too. Some areas were hit harder than others in the Great Recession. The next figure shows wage growth across the distribution for areas hit most and least by the downturn (i.e., in the metropolitan statistical areas that had greater proportional employment losses during the recession and those that had smaller employment losses):

Wage growth in both the top quintile and the bottom quintile is remarkably similar in both kinds of city. But for the middle three quintiles, growth has lagged considerably in the areas that experienced a more severe recession. Indeed, for the second and third quintiles in the harder hit areas, wage growth averaged a paltry 0.3 percent a year, barely more than half the pace for the middle class in the less affected areas.

Nationally, middle-class workers have lost ground compared to earners at the bottom and the top. But middle-class workers in harder-hit areas also lost ground compared to their counterparts in areas less affected by the Great Recession. If you were unlucky enough to be in the middle class in places like Atlanta, Houston, or St. Louis, instead of Columbus, Kansas City, or San Antonio, the Great Recession hammered you twice. In these places at least, the lingering malaise is warranted.

Technical Note: I use Current Population Survey microdata to calculate hourly wages, adjusted for inflation, for workers in about 170 metropolitan statistical areas in two time periods: 2005–2007 and 2015–2017. (The 170 areas cover about 70 percent of the country’s workers.) For the first figure, I estimate the average hourly wage for each quintile, or fifth, of the distribution in each time period and then calculate the wage growth from the earlier period to the later period. 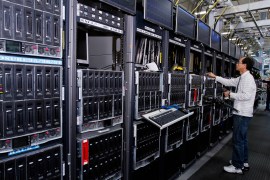