What you need to know:

Reeves defines the middle class as an income-based measure for households with an annual income between $40,000 and $140,000. The middle class, which is about half white, is split between Democratic and Republican voters. In the 2016 presidential election, whites voted for Donald Trump by a 20-point margin over Hillary Clinton, while an overwhelming number of minorities voted for Clinton over Trump by a 40-point margin. Donald Trump kept his promises to change free trade arrangements and pursue tax cuts, but there is no clear evidence that the tax cuts and jobs legislation will actually benefit middle class Americans. In fact, it will most likely hurt them. President Trump’s signature tax cut legislation is only a modest adjustment for most middle class families. For a family in the middle of the income distribution the tax cut is worth about $1,000, but in the top one percent of the income distribution, the tax cut is worth $50,000. Also, the personal tax cut provisions will expire after 2026, but corporate tax cuts will remain in effect. Do not expect a major shift in middle class voting patterns, but rather a modest change. The voters who are reluctant to vote for Trump will likely stay loyal to a local Republicans, while the biggest shift predicted is more women voting for Democrats. There is still no indicator as to how recent events, such as the tax cuts, trade wars, and the Brett Kanavaugh confirmation to the Supreme Court, will impact the Republican’s chances in keeping majority power. Of those who voted for President Trump, 63 percent still feel very warm toward the President, which is the same number at the time he was elected. Out of Republicans, almost nine out of 10 believe that Trump is a president who stands up for what he believes in and, most notably, is a man who keeps his promises. There is no sign that many middle class voters are turning away from Trump or the Republican Party, so take caution in predicting a massive swing in the votes of the American middle class. 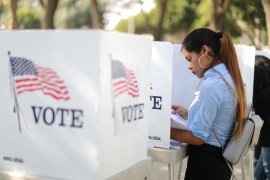