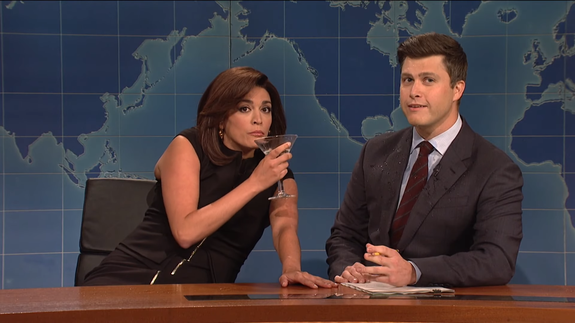 Strong had a hilarious, on-the-nose performance as Pirro making racist comments, raging about the “loony left,” defending Donald Trump from all sides, and referring to Michael Che as “Kenan.” One of the most fun bits is her insistence on spitting and throwing martinis in Jost’s face any time he brought up some negative development about Trump.