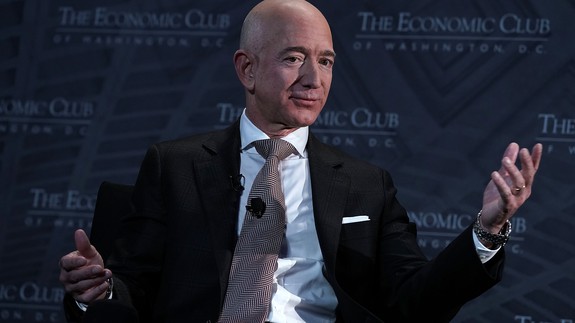 When Amazon CEO Jeff Bezos dropped a bombshell blog post saying the National Enquirer was attempting to blackmail him with nude photos, it immediately set the internet ablaze.

The lengthy post is full of scandalous details: not only does the National Enquirer have Bezos’ nudes (which are described in excruciatingly vivid detail), but the company allegedly used said photos to blackmail him into ending a Washington Post investigation into the tabloid. Bezos’ post also notes the connections between Enquirer-publisher David Pecker, Donald Trump, and the Saudi government.