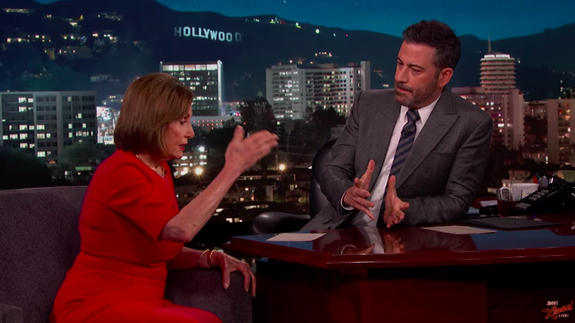 Appearing on Jimmy Kimmel Live!, Pelosi had a spirited chat with Kimmel about Robert Mueller’s Wednesday statement, the Mueller Report in general, and the possible impeachment of President Donald Trump. Pelosi has been slow-rolling the impeachment argument, and here she explains that she wants to make sure they have an “iron-clad” case.

Pelosi’s most compelling point: She thinks Trump wants to be impeached. To Pelosi, the Republican-held Senate would acquit Trump which would make a criminal prosecution, once Trump leaves office less likely. Read more…