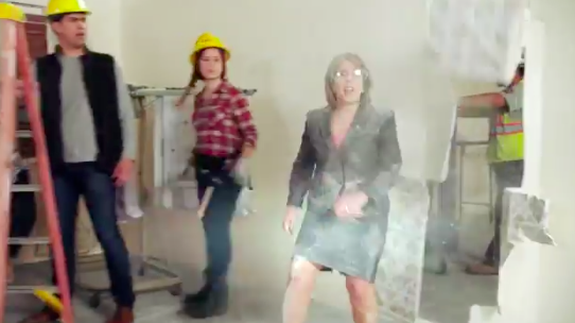 For all of the various responses to Tuesday night’s State of the Union address by President Trump — including responses from Stacey Abrams, Sen. Bernie Sanders, and Sen. Kamala Harris  — perhaps the greatest was delivered by New Mexico Gov. Michelle Lujan Grisham.

Immediately after Trump’s speech concluded on Tuesday night, Grisham tweeted the following  video, which showed her taking Trump to task over his immigration stance and love of border walls by literally running through walls.

Amazing. And big props to Gov. Grisham for doing her own stunts.

The video appears to be a campaign commercial from her recent 2018 gubernatorial election. But Gov. Grisham did more on Tuesday to make her point than just pull a Kool-Aid man in a Twitter video.  Read more…