NORTH Korea tonight announced it has test-fired a new tactical guided weapon with a “powerful warhead” – threatening to renew feverish tensions in the region.

Kim Jong-un watched the firing of the weapon on Wednesday at North Korea’s Academy of Defence Science. 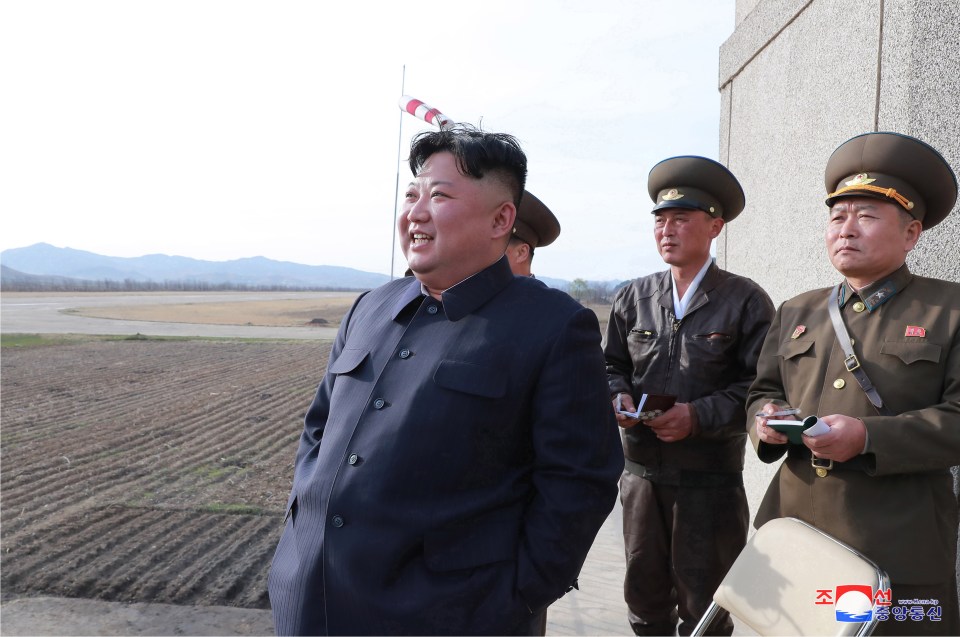 Kim Jong-un watching combat flight drills on Tuesday. Tonight he is said to have overseen the test-firing of a new type of tactical guided weapon with a ‘powerful warhead’EPA

In a chilling warning, Kim said the test “serves as an event of very weighty significance in increasing the combat power of the People’s Army,” state media reported.

Precise details of the missile system have not been released – but it is said to have a “peculiar mode of guiding flight”, state media added.

It is believed to be the first weapons test carried out by North Korea since Kim and US president Donald Trump’s second summit in Vietnam ended without agreement in February.

North Korea is believed to be building long-range missiles targeting the US mainland.

The White House said it was aware of the report and had no comment.

For the latest news on this story keep checking back at Sun Online.

Thesun.co.uk is your go to destination for the best celebrity news, football news, real-life stories, jaw-dropping pictures and must-see video.