Shortly after news broke of explosive devices being sent to Hillary Clinton, Barack Obama, CNN, and others, far-right conspiracy site Infowars ventured a guess as to what happened.

That conspiratorial view was parroted by other right-wing figures on social media—some of whom quickly deleted their messages—as details trickled out Wednesday morning about the devices.

Conservative columnist Kurt Schlichter said he doesn’t “buy this super convenient turn of events,” while Michael Flynn Jr., the son of former National Security Adviser Michael Flynn, called the packages a “political stunt” given the “suspicious timing” of Wednesday’s news and an earlier incident involving a pipe bomb that had been placed in Democratic donor George Soros’ home mailbox. The Daily Beast captured Flynn’s tweets before he deleted some of his posts. “I don’t know if it’s a false flag,” Flynn clarified in a follow-up tweet.

Frank Gaffney, the founder of right-wing think tank Center for Security Policy, said none of the targets “were actually at serious risk” and that the perpetrator may have been “trying to deflect attention from the Left’s mobs.” (In his recent rallies, Trump has described liberal activists as an “angry, left-wing mob.”)

None of the leftists ostensibly targeted for pipe-bombs were actually at serious risk, since security details would be screening their mail. So let’s determine not only who is responsible for these bombs, but whether they were trying to deflect attention from the Left’s mobs.

Ann Coulter, another popular pro-Trump commentator, called bombs “a liberal tactic” and invoked domestic terrorist Ted Kaczynski, known as the “Unabomber,” and the 19th-century Haymarket riot, where a labor protest in Chicago turned deadly after a bomb went off.

From the Haymarket riot to the Unibomber, bombs are a liberal tactic. https://t.co/P3YvUorxwL

Conservative businessman and radio personality Bill Mitchell, a fervent defender of Donald Trump on Twitter, said the packages were “Pure BS.” The incident had “Soros astro-turfing written all over it so the media can paint” the Republican Party as “dangerous,” he said.

Michael Flynn Jr. is now deleting some of his tweets suggesting the bombs were Democratic “false flag” operations. I preserved some of them for posterity pic.twitter.com/I1V16eZ78U

These “explosive packages” being sent to the #Media and high profile Democrats has Soros astro-turfing written all over it so the media can paint the #GOP as “the dangerous mob.”

The messaging board 4chan, a hotbed of pro-Trump memes and an incubator for far-right conspiracy theories, embraced the “false flag” narrative Wednesday, with some users even explicitly crediting Jones for having “predicted” the threat.

4chan’s reaction to reports of explosives found in Democratic figures’ properties and CNN evacuating is all too obvious: FALSE FLAGS to counter the jobs not mobs Fox news midterms narrative.

John Cardillo, a host on Newsmax, a conservative media outlet run by Trump golfing buddy Christopher Ruddy, said investigators should look at “far left groups” who “know they’re losing.” He later deleted his tweet, adding, “We have no idea who sent the bombs. None. Investigators need to look at the left, right, center, and non-political.”

The misinformation shows no sign of abating. Later on Wednesday, the lead story on Infowars received a new headline accompanied by a garish image of “False Flag” in bloody lettering. 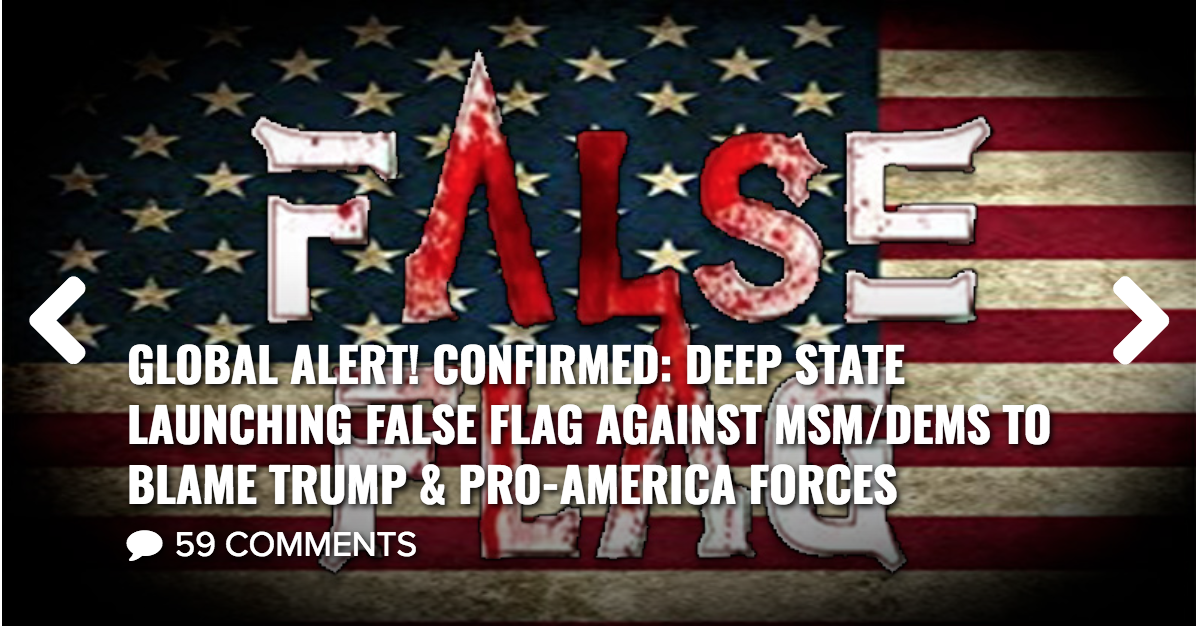 This headline promised viewers that a deep-state-led “false flag” plot designed “to blame Trump and pro-America forces” had been “confirmed.” The site offered no evidence to back up its apparent conclusion.