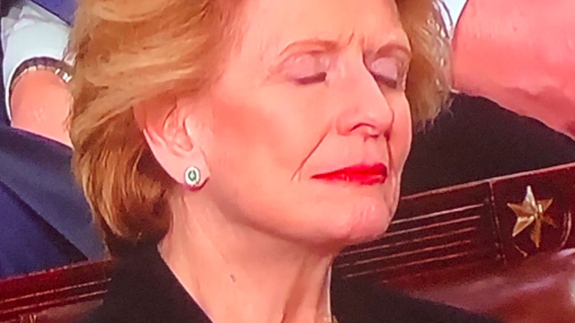 Setting the record straight has never been so satisfying.

During Trump’s State of the Union address on Tuesday night, Democratic Senator Debbie Stabenow was one of several legislators caught with their eyes closed, leading to suggestions that she’d fallen asleep — much like Melania Trump’s guest Joshua Trump.

The tweet, from The Atlantic’s Edward-Isaac Dovere, was part of a humorous Twitter thread displaying various Democrats’ facial expressions in reaction to Trump.

Except Sen. Stabenow took umbrage with the implication that she was sleeping, and she delivered a perfectly fiery reply.  Read more…