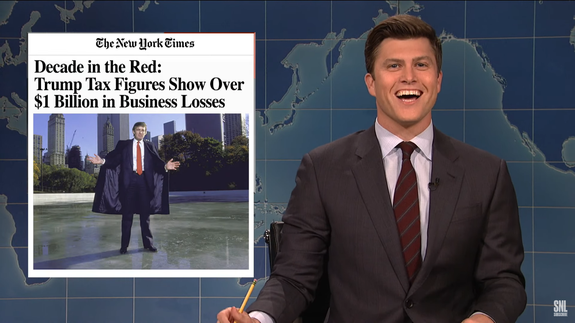 In a hefty New York Times report from May 7 we learned that Donald Trump — brace yourself, this might come as a shock — isn’t actually the financial wizard he claims to be. In fact, during a 10-year period in the ’80s and ’90s, he lost, quote!, “more money than any American taxpayer.”

This is also notably the period when he, uh, received a co-author credit on the bestselling book Trump: The Art of the Deal. This is a president, remember, who ran his election campaign in part on the promise that he’s some kind of extraordinary dealmaker.

If you’re wondering what catnip looks like when you’re a Saturday Night Live Weekend Update writer, here it is.  Read more…