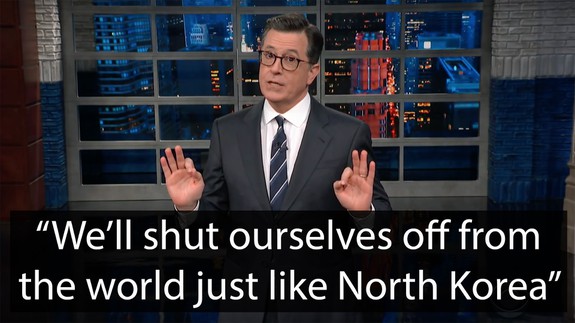 There are some things in life that get old quickly, but Stephen Colbert reading out the President’s tweets in his on-point Trump accent is not one of them. Even when the tweets in question happen to be very, very long.

In the segment above for The Late Show, Colbert takes a look at Trump’s recent threat to close the US border with Mexico — and what exactly it might mean for the economy.

And that’s before you even hear what it might mean for the avocado supply. *Shudder*. Read more…