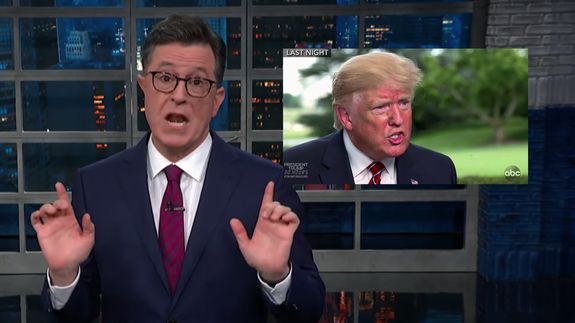 Their exchanges were sometimes friendly — they spoke about breakfast, for instance, and specifically the President’s disinterest in it — and sometimes not so friendly.

Here to break down the more awkward moments is Stephen Colbert. During Monday night’s episode of The Late Show, he gave his take on everything from a now-infamous coughing fit to Trump’s description of Stephanopoulos as a “little wiseguy”.