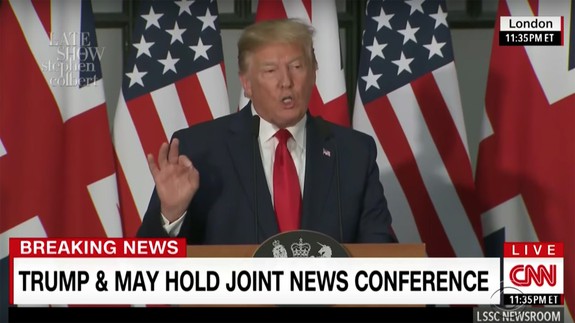 Did you watch the press conference that Donald Trump and Theresa May took part in on Tuesday?

Well, you didn’t see this version.

For a segment on The Late Show, Stephen Colbert’s team mashed up a selection of Trump’s IRL responses with some made up questions from the audience — including everything from impeachment to the president’s view on cheese and hamburgers.