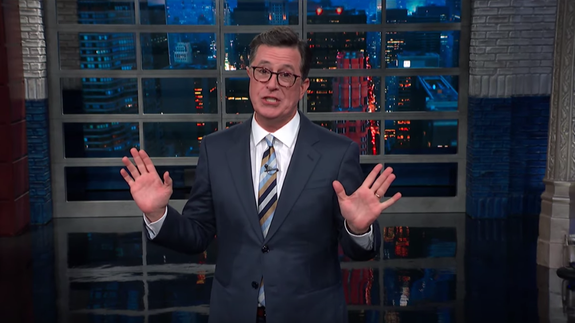 After a week-long break, Stephen Colbert noticed Trump had flown the coop, having headed to the UK for an official state visit.

“The president has fled the country, knowing we were back on the air,” Colbert said. The late show host poked fun at the visit, which included a meeting with the Queen — in which she gave Trump a first edition of Winston Churchill’s The Second World War.

“Look, thank you so much, but don’t tell me how it ends,” Colbert joked, in his trademark Trump impression.

“I really liked that German Charlie Chaplin who invented the high-five.” Read more…