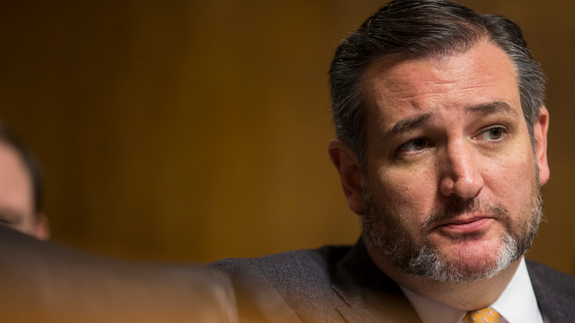 Sen. Ted Cruz and his weird beard just got called out on the U.S. Senate floor by Colorado Sen. Michael Bennet over the fight to reopen the federal government.

On Thursday, Cruz claimed that obstruction by Democrats was the only thing keeping the government from reopening and getting federal workers like Coast Guard employees their paycheck. His remarks came ahead of a vote on a bill that could have brought an end to the current government shutdown by giving President Trump his demanded $5.7 billion in border wall funding.

That’s when Bennet stood up and took umbrage with what he called Cruz’s “crocodile tears” in an impassioned, scathing indictment of Cruz’s history with shutdowns. Read more…