‣ House Judiciary Committee Chairman Jerry Nadler announced that his panel will hold a series of hearings on former Special Counsel Robert Mueller’s report on Russian interference in the 2016 election. The first, which will take place on June 10, will focus on allegations that the president obstructed justice.

Here’s what else we’re watching: 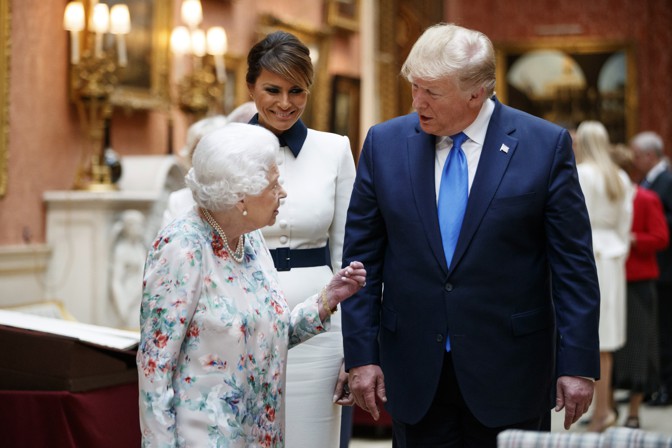 Across the Pond: President Donald Trump and the first lady, Melania Trump, attended a state banquet in Buckingham Palace in London. Over the next three days, Trump will attend ceremonies commemorating the 75th anniversary of D-Day in Britain and France, and he’ll hold face-to-face meetings with outgoing British Prime Minister Theresa May, French President Emmanuel Macron, and Irish Prime Minister Leo Varadkar.

+ The president revived a longstanding feud with London’s mayor, Sadiq Khan, before his plane even touched down in the U.K.

+ Can the “special relationship” between the United States and Britain survive the Trump administration—and several major foreign-policy disagreements, from Brexit to Huawei?

A Make or Break Issue: Most of the Democratic presidential candidates believe that Democratic voters want abortion rights expanded, and they’re going all in on the issue in the 2020 primary. “Of course,” writes Emma Green, “that bet runs the risk that voters who aren’t on board will stay quiet, stay home, or vote for someone else.”

The Day the Resistance Died: Larry Hogan, Maryland’s Republican governor, announced on Saturday that he won’t be running against President Trump in the 2020 presidential primary. The day before, Ohio Governor John Kasich said the same thing. Sitting presidents have been challenged by members of their own party before, but the GOP opposition to Donald Trump has effectively vanished, David A. Graham argues. 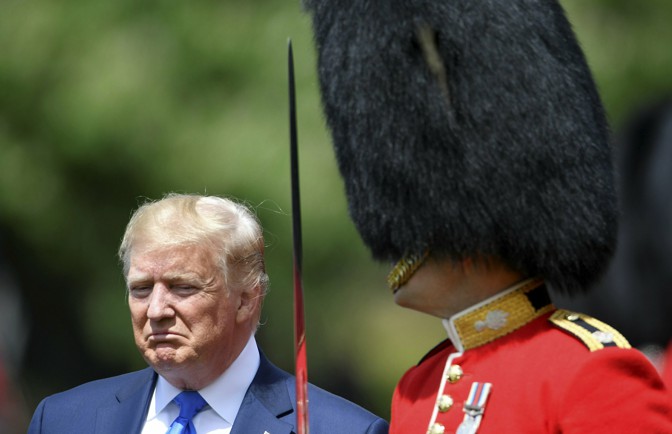 President Trump inspects an honor guard during a welcome ceremony in the garden of Buckingham Palace on the first day of a three-day state visit to Britain. (Toby Melville / AP)

A Middle East Peace Plan Built on Un-American Principles (Kori Schake) “But the Palestinians, Jordanians, and others with hard experience of difficult trade-offs can hear it, which is why the administration’s Middle East peace plan is both dead on arrival and bad American foreign policy … Expecting people to forgo their aspiration for human dignity and political representation is a message contrary to American values, and ought to be contrary to American foreign policy.” → Read on.

John Roberts Strikes a Blow Against Free Speech (Garrett Epps) “America’s chief justice … worries more about the overworked police than about the people they arrest. Arresting that many folks is ‘a dangerous task that requires making quick decisions,’ he wrote—so many people, so little time. It is thus the job of the Court ‘to ensure that officers may go about their work without undue apprehension of being sued.’” → Read on.

About us: This newsletter is a daily effort from The Atlantic’s politics writers: Elaine Godfrey, Madeleine Carlisle, and Olivia Paschal. It’s edited by Shan Wang.Were you forwarded this email? Sign yourself up here. We have many other free email newsletters on a variety of other topics. Browse the full list.