Here’s what else we’re watching: 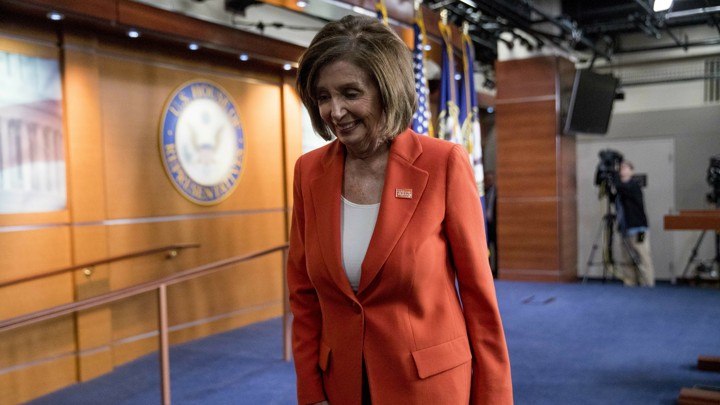 Impeachment Update: Some of the roughly 60 lawmakers calling for impeachment proceedings against the president say they don’t actually plan to publicly challenge Speaker Nancy Pelosi. “A lot of us feel that even though we’re convinced he should be impeached, we should let these investigations play out for a little while,” said Representative John Yarmuth.

Check In on 2020: Former Vice President Joe Biden hasn’t gone head-to-head with another Democrat in more than a decade, and when it comes time for the first presidential debate, he has the most to lose of any candidate, writes Edward-Isaac Dovere: “His campaign staffers expect the debates to either crystallize his top spot, or turn the primary into less of a marathon with Biden out ahead and more like two dozen Slinkies tumbling down a flight of stairs.”

+ Biden was pelted with criticism last month after he proposed a “middle ground” approach to addressing climate change. But his new climate plan sounds “almost Bernie Sanders–esque in its ambition,” reports Rob Meyer. That’s in contrast with his position on abortion funding: The former vice president said on Wednesday that he still supports the Hyde Amendment, which bans federal funding for most abortions. Most of his primary opponents have taken the opposite stance.

+ Meanwhile, each of the 2020 presidential candidates is basically obligated to have a plan to address student debt. It’s a huge shift from 2008, when the debate surrounding college affordability looked much different. What happened?

The Price of a Boycott: Production companies have pledged to withdraw all business from Georgia if the state’s so-called heartbeat bill, which was signed by the governor, goes into effect next year. But their protests could put thousands of local workers out of a job. 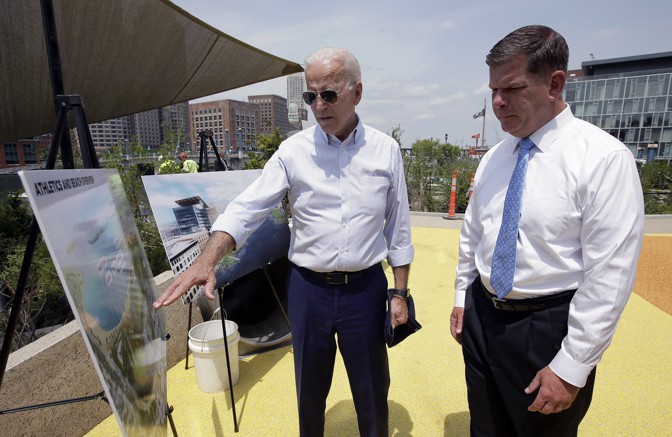 The Age of ‘Chimerica’ Is Coming to an End (Reihan Salam) “Trump has to make a decision. If he doesn’t want to cede the emerging 5G economy to a Chinese tech giant, whether out of security concerns or a larger anxiety about the loss of U.S. technological superiority, he must decide on an alternative course.” → Read on.

What Do 2020 Candidates Mean When They Say ‘Reparations’? (Conor Friedersdorf) “If you hear the word, take caution before reacting. Even if you’ve always opposed reparations, understand that you may well support many of the things that some of your fellow Americans actually propose. And if you favor reparations, understand that some of what you deem imperative may be perfectly fine with some of the people who insist they disagree with you.” → Read on.

About us: This newsletter is a daily effort from The Atlantic’s politics writers: Elaine Godfrey, Madeleine Carlisle, and Olivia Paschal. It’s edited by Shan Wang.Were you forwarded this email? Sign yourself up here. We have many other free email newsletters on a variety of other topics. Browse the full list.