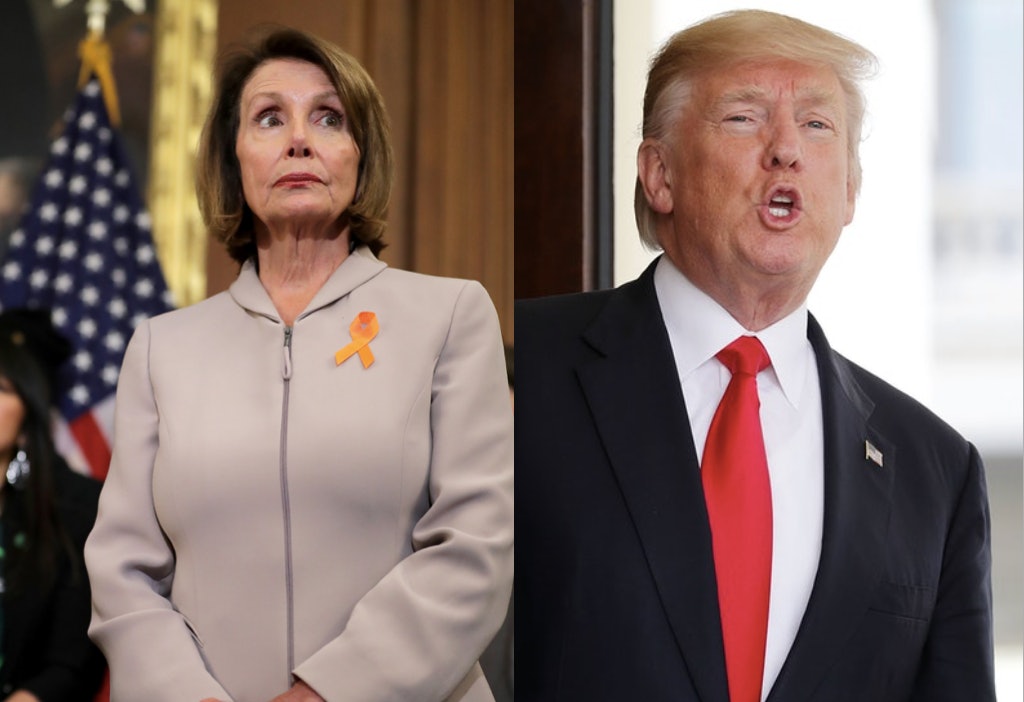 After a tense week of clashing with top Congressional Democrats, President Donald Trump shared a video of Nancy Pelosi edited to make it appear as if the House speaker was struggling to speak coherently during a recent press conference. The edited video, which originally appeared on Fox Business’ Lou Dobbs Tonight, splices together all of Pelosi’s verbal hiccups to imply that she stammered, stuttered, and misspoke throughout the press conference.

Trump’s tweet followed a new conference in which he’d veered off script while announcing new subsidies for farmers to attack Pelosi’s mental health and intelligence. According to CNN, the president argued Pelosi had “lost it” and was now “crazy” and “a mess.” At one point he suggested she wasn’t intelligent enough to read a bill, the cable news network reported.

While responding to Trump’s tweet, Pelosi said the president was “distracting from House Democrats’ great accomplishments #ForThePeople, from his cover-ups, and unpopularity” and repeated her earlier calls for an intervention. “We repeat, we wish that his family or his Administration or his staff would have an intervention for the good of the country,” she tweeted.

But Trump wasn’t the only person to share an edited video of Pelosi this week. A different video edited to make it appear as if Pelosi was slurring her words while speaking at a Center for American Progress event earlier in the week also circulated online after being shared by a number of conservatives on social media, including Trump’s personal lawyer, Rudy Giuliani.

“What is wrong with Nancy Pelosi? Her speech pattern is bizarre,” The Washington Post reported Giuliani wrote in a tweet featuring the altered video. An analysis done by the paper showed that the video Giuliani shared had been slowed down by an estimated 25 percent compared to the original with modifications made to her vocal pitch to cover the change in speed. Giuliani deleted his tweet when evidence of the video’s alteration became public.

In text messages to The Washington Post, Giuliani reportedly confirmed that he’d deleted the tweet featuring the video because he wasn’t sure of its authenticity while also claiming to have noticed issues with Pelosi’s speech. “But I have been noticing a gradual change in her speech pattern and gestures for sometime,” the paper reported he said. “I’d like to see original video.”

Giuliani later appeared to justify his decision to share the significantly edited video in a tweet calling it “a caricature” of the House speaker. “Nancy Pelosi wants an apology for a caricature exaggerating her already halting speech pattern,” he tweeted Friday. “First she should withdraw her charge which hurts our entire nation when she says the President needs an ‘intervention.'”