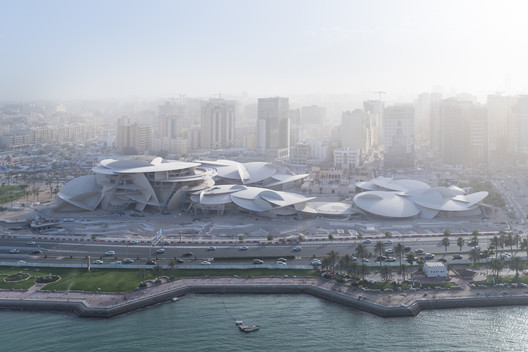 As 2018 winds to a close, we’ve started to look ahead to the projects we’re most looking forward to in 2019. Many of the projects listed here have been in the works for years, having experienced the frustrating false starts and lulls that come in a profession dependent on long-term and significant capital investment, not to mention changing politics.

With those shifting tides in mind, there are similarities and harmonies between some of the following works that seem to go beyond mere coincidence. Some are obvious. Qatar is to be the site of a number of major works in the coming years, an architectural boom tied to its status as host of major world events such as Expo2020 and the 2022 World Cup. In New York, the Hudson Yards megaproject will be the site of not one, but two architectural follies for the 21st century.

As is always the case in these architecture roundups, a vast number of these projects are cultural, but there is a specific and shared focus on national heritage that shouldn’t go unnoticed. It’s a particularly intriguing development as heritage has and continues to become imbued with fraught political meaning. Money speaks.

Below, the projects we most look forward to seeing in 2019: 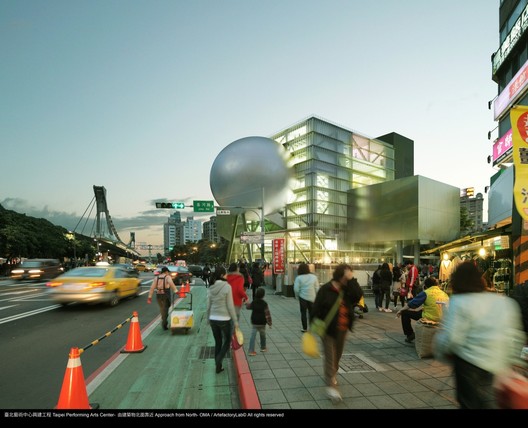 OMA’s Taipei Performing Arts Centre has been hotly anticipated since the moment it was announced the winner of an international competition for the project in 2009. It’s no secret as to why. The project is a striking mix of simple geometry and complex intention, and feels (despite being nearly a decade old) distinctly futuristic.

ArchDaily spoke to David Gianotten, the OMA partner in charge of the project, at the building’s topping out ceremony in 2014. “We still sometimes say, ‘is this real?'” he explains, “because it went in such harmony and at such a speed that happened to our own surprise.” No official date has been set for the opening, but expect eyes to be firmly fixed on Taipei in 2019. 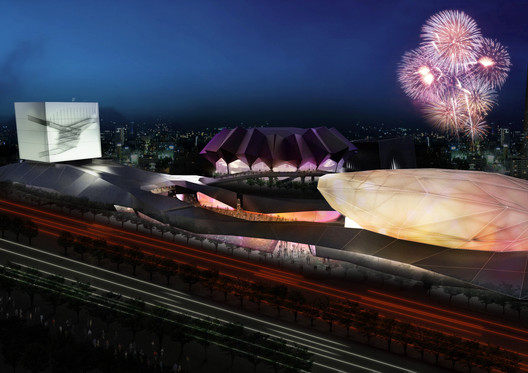 Taipei’s investment in the arts continues in Reiser Umemoto’s upcoming Pop Music Centre, another megaproject years in the making. The development’s unique focus taps into a major local phenomenon – and one whose global popularity and influence has exploded in the years since the project was first announced.

The project, which will include performance spaces to accommodate multiple thousands, boasts an eye-popping 62,600m² of floor area and will make it (upon its completion) the fourth largest freestanding museum in the world. 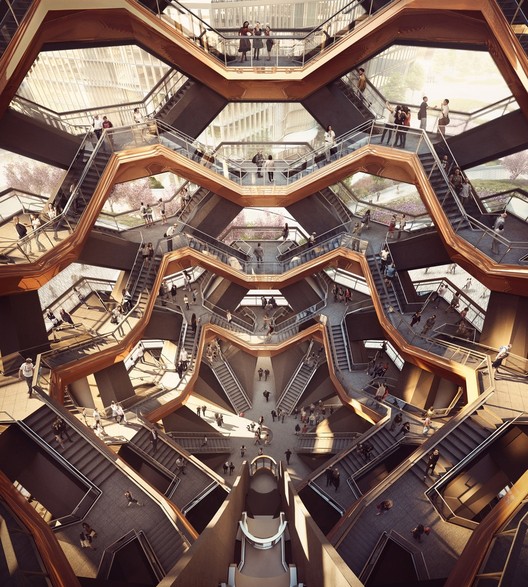 The prolific British designer caused a bit of a stir back in 2016 when this project was first announced. It’s been alternately praised (“New York’s Eiffel Tower”) and derided (“New York’s biggest wastebasket”) – but it’s fated to dominate Instagram feeds regardless of the shifting tides of public opinion.

Opening is loosely scheduled for spring 2019, but visitors interested in experiencing it for themselves would be wise to plan their trip now. Free tickets are already available for reservation; the lucky selectees will be notified in February with their timed slot.

Just a stone’s throw away from Heatherwick’s Escher-like folly is Diller Scofidio + Renfro’s more practical (though no less futuristic) Hudson Yards offering. The Shed – an expandable quilted greenhouse along the High Line – is another exciting cultural space in a city full of exciting cultural spaces. Of course, most of those buildings don’t come with the ability to shapeshift. The titular ‘Shed’ is the cap on eight stories of cultural program, intended to appeal to tourists and locals alike.

If the Vessel is to be Hudson Yards’ chandelier, The Shed hopes to be its hearth. We’ll find out how true this is when it opens, alongside the Vessel, in spring 2019. 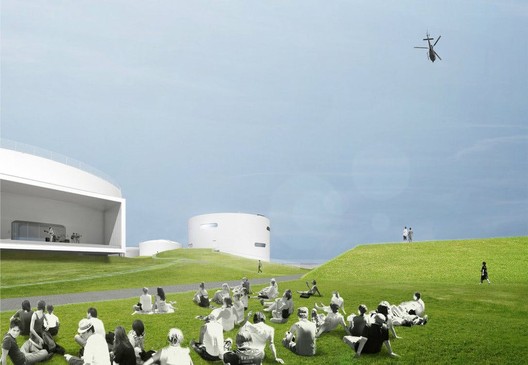 China, after years of stunning the world with mind-boggling new structures, seems to be turning its eye towards reshaping its former industrial landscapes. One such example is Tank Shanghai, a project by Beijing-based OPEN Architecture that will transform a series of former oil tanks into art galleries connected by a sprawling public landscape.

It’s a landmark project that will undoubtedly be referenced in case studies for years to come. Completion is scheduled for March 2019 and those in the city need only hop on Metro Line 11 (Yunjin Road stop) to see it for themselves. 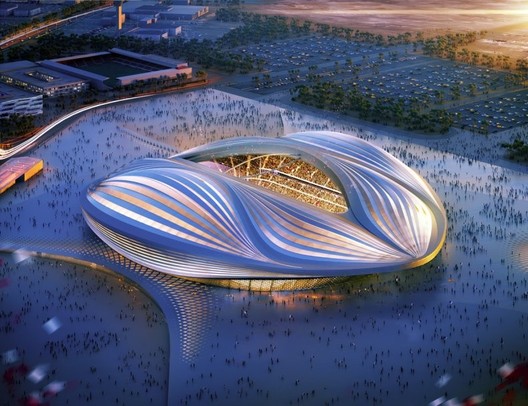 Qatar is soon to be the site of a number of major architectural works, not least among them one of Zaha Hadid’s last works. The Al Wakrah stadium is an architectural achievement by just about every measure: it will seat just over 40,000, features highly-engineered structural timber, and will include a retractable roof that can fully retract or extend in just under 30 minutes.

It’s also been a major headache for ZHA since it was announced. In 2014 the architect was forced to reject reports that the design resembled female genitalia (a hilarious and undignified moment covered everywhere from Jezebel to the Guardian); in 2014 Hadid sued against reports that she claimed not to care about the rights or conditions for the workers building the project. The issue has quieted in the years since, but expect new attention as the project nears opening day.

Jean Nouvel has long been known for his dramatic, eye-catching projects (perhaps even more so after his Pritzker win in 2008.) In 2012 his One Central Park set new standards for sustainable design; his Louvre Abu Dhabi dazzled the world over just more a year ago. Expect similar fanfare in 2019 when the French designer officially opens the National Museum of Qatar.

Announced in 2010, the project is dominated by an interlocking disc motif inspired by a local crystal formation called ‘the desert rose.’ The museum will feature an extensive dive into the small nation’s history (including its food) and will also house research facilities, laboratories, two restaurants, two shops, and a cafe. No official date has been announced for the opening, but look out for an announcement early in the year. 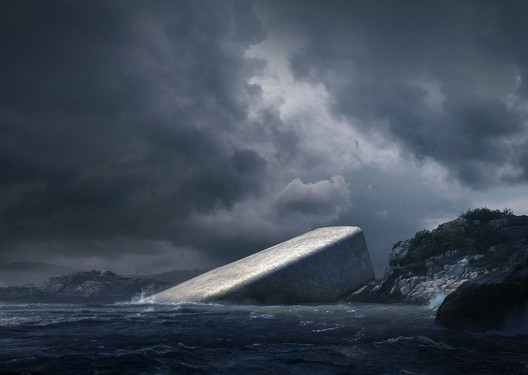 Under / Snohetta. Image © Snohetta and MIR

Under is the type of project typically relegated to dreams or James Bond movies. The underwater restaurant (touted by the designers to be Europe’s first ) resembles an oversized breakwater and will feature pressure-proof concrete walls nearly a meter thick. The structure will also contain dedicated space for marine study, likely making it the most striking laboratory in the world as well.

Located near Lindesnes, a small Norwegian village with just over 4,000 residents, the harsh and remote location was chosen by design. “The most exciting experience will be visiting the restaurant during rough weather,” explained Rune Grasdal, a senior architect at Snøhetta, to Forbes. “It will be fantastic to see the sea surface broken up by the big waves and the rain.”

The restaurant has already begun to accept reservations; the first diners are expected in April 2019. 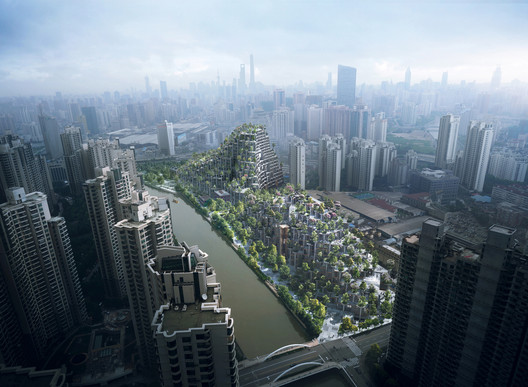 Heatherwick Studio’s 100 Trees is not even completed but has already garnered comparisons to the legendary Hanging Gardens of Babylon. Located in Shanghai, the 300,000-square-meter project was conceived as “a piece of topography” that takes the shape of “two tree-covered mountains” populated by “400 terraces” and “1000 structural columns.”

The megaproject is located on Shanghai’s Moganshan Road, proximate to the city’s M50 Art District. No official announcement has been made regarding the announcement, but ongoing construction photos suggest a mid-to-end year completion. 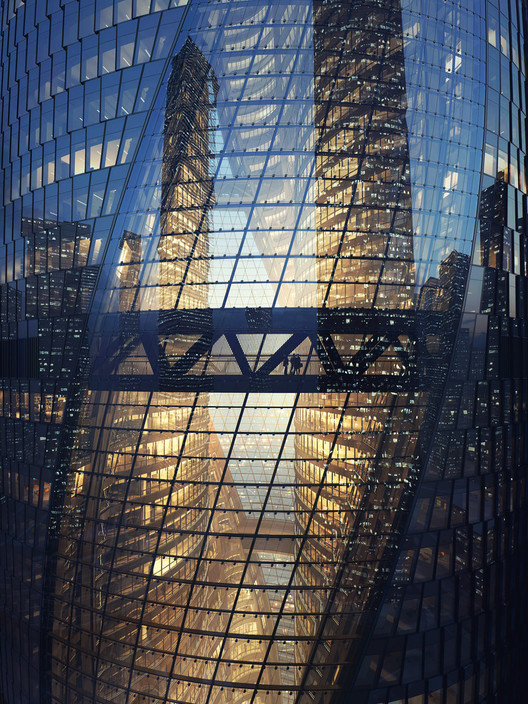 The Leeza SOHO, slated to open in early to mid-2019, captured public attention nearly two years ago when the firm released images of the tower featuring a glimmering, soaring atrium. It’s expected to be the world’s tallest when it’s completed and is the result of challenging site restraints rather than architectural showmanship. The tower sits atop a below-ground subway line; the tower above, to avoid further pressure on the tunnel, splits into two parts that twist and connect around the atrium.

It’s also become a part of the sustainable strategy for the tower, which is aiming for a LEED Gold accreditation. Twisting floor plates are intended to allow even light to penetrate the interior spaces regardless of season or time of day. 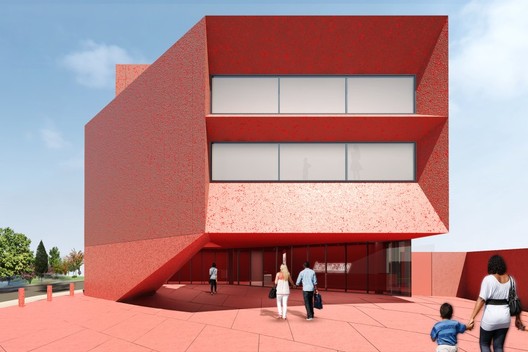 The inspiration for David Adjaye’s upcoming project reportedly came to namesake Linda Pace in a dream. A little over ten years later, the philanthropist’s ruby-hued vision is nearing completion. While the folded geometries of the mass are no doubt appealing, it’s the standout color that steals the show. Red is a notoriously difficult tone to uniformly achieve in concrete, and required executive architects Alamo Architects to partner with concrete experts Pretesca south of the border.

Construction photos taken throughout 2018 suggest the drastic measures have paid off – the red tone is both striking and smooth, allowing the museum to take on the appearance of an oversized ruby itself. While construction reportedly finished in late 2018, the building will only open to the public in 2019. 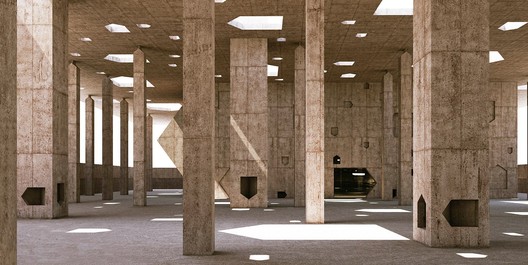 Olgiati’s visitor center is to be the endpoint of the Pearling Path, a protected heritage site in the Kingdom of Bahrain that examines the region’s cultural and economic history in the pearl industry. Comprising more than 15 distinct sites (and 17 architectural components) along a meandering route through the city, the Path will allow visitors a deep dive into the tradition that dominated the region from pre-history to the early 1900s.

The site is a comprehensive realisation of shared cultural memory, and one of the first such sites to be built in Bahrain. While Olgiati’s structure has technically been completed, it will only officially welcome visitors in 2019. 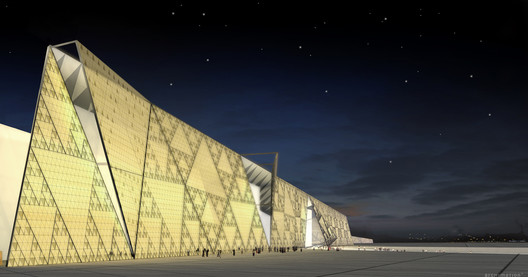 Nearly 100 years after a mania for Egypt swept the West, the historic site of the pyramids will receive a local space dedicated to the display and preservation of the ancient treasures. The competition for the project was held back in 2003 (practically ancient history itself) and drew nearly 2000 entries from 83 countries. Heneghan Peng’s design was at the time notable for its proposal to profoundly integrate digital display in the architecture, in order to show the many crucial artifacts on permanent display in other museums.

The museum, which is to be located on a desert plateau adjacent to the great Pyramids of Giza and Cairo, will be the largest single collection of Egyptian artifacts and, at 100,000m2, one of the largest museums in the world. It will include extensive gallery space, conference facilities, libraries, and research facilities in addition to extensive space dedicated to public programming. A partial opening is expected for 2019, with the full opening variously reported to take place between 2020 and 2022.

Have we missed any projects? Let us know here.