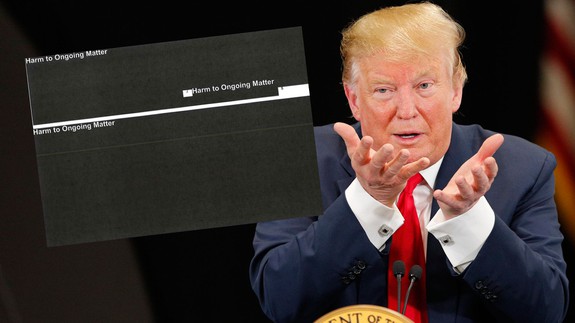 People anticipated there could be some heavy redactions, but after the lengthy report was published, it became apparent that dozens of lines, and even entire pages, were blacked out with the words “Harm to Ongoing Matter” or HOM for short.

After scrolling through the report and seeing the phrase used over and over again, people couldn’t resist calling out the overuse, and Twitter turned into a trove of “HOM” jokes. Read more…