Since childhood, many of us were taught that our courts and criminal justice systems were fair for all, including the poor. We believed that, as Americans, we were entitled to the “equal protections of the laws” guaranteed by the Fourteenth Amendment.

These constitutional guarantees always depended on meaningful legal representation. But for many poor working-class Americans, those guarantees are hollow.

A lack of financial resources means that the working-class poor must rely on our country’s under-funded, understaffed and overworked public defenders’ offices.

This is the point where the scales of justice tip in favor of the state, away from the accused, and the fallacy of “Equal Protection” is exposed.

From coast to coast the U.S. public defender system is in crisis.

To take one of the worst examples, the Missouri Public Defender allocates a paltry $356 per indigent client, and state resources limit the average time spent with a client to 8.7 hours for serious non-homicide cases.

Both facts have earned Missouri the dubious distinction of being ranked 49th out of 50 states for monetary allocations allotted to each public defender client. They also fall 11.3 hours shy of the minimum American Bar Association recommended time per client.

You can find a similar story in Louisiana.

A 2015 review of the Louisiana Public Defenders Board revealed that 85 percent of felony defendants in New Orleans used the services of the Public Defender due to their limited income status. But the annual 2015 budget for the parish Public Defender was a third of what the local District Attorney’s office received.

Another example:  Clayton County, Georgia (just south of Atlanta), where according to the 2017 budgetary allocation for all Clayton County departments, the District Attorney’s office received 45.8 percent more allocations for their “general funding” than did the county Public Defender’s office for their total operating budget in the same 2017 fiscal year.

In addition to this shameful disparity, the 2017 fiscal budget for the District Attorney received a .95 percent increase over and above their 2016 budget, while the county scaled back the Public Defender’s office budget by a .95 percent decrease.

It doesn’t help matters that the Clayton County Public Defender is, reportedly, struggling to keep qualified staff who leave for higher paying jobs in the private sector.

Is that “Equal Protection?”

If we dig further, research tells us that between 94 percent and 97 percent of all U.S. criminal cases are adjudicated via plea bargain. A vile collateral consequence of this practice is the lack of equal protection in the plea bargain process, where an untold number of innocents have little choice but to accept a guilty plea.

The fallacy of equal protection has real-world consequences.

When you consider that the rate of conviction hovers around 95 percent for cases taken to trial, what choice does an indigent individual have?

Either plead to a crime he or she did not commit or take a chance and go to trial with a poorly funded, understaffed Public Defender who may have invested a mere two or three hours in talking with the accused, and wind up with far more prison time than what a plea bargain offer would have achieved.

It shouldn’t surprise anyone that the fallacy of equal protection has real-world consequences.

An estimated 100,000-240,000 innocents are locked up in our prisons, according to a recent Chicago Tribune essay by renowned author (and licensed attorney) John Grisham.

His analysis is supported by various studies. 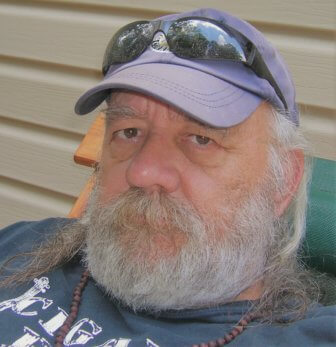 How many more people will be ground into dust by the “Equal Protection” fallacy?

Norris Z. McManus is a pseudonym for a freelance writer who lives in the metro Atlanta area. McManus describes himself as an “ex-con heavily involved with prison reform, and a connoisseur of cheap bourbon.” He welcomes comments from readers.