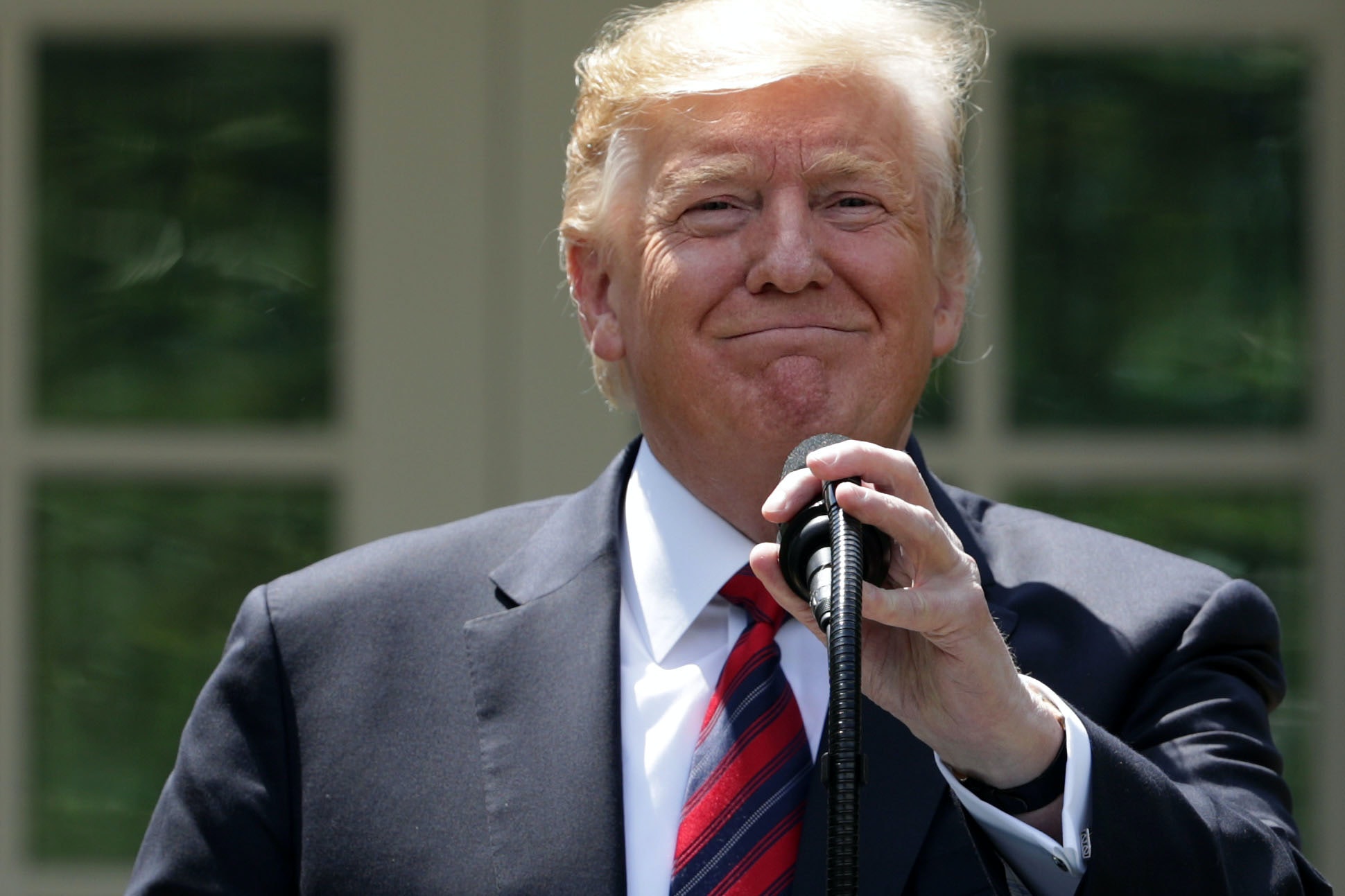 Never one to take a critical tweet quietly, President Donald Trump lashed out at Rep. Justin Amash for claiming he’d “engaged in impeachable conduct.” In a series of tweets posted Sunday, the president dismissed the Michigan congressman as “a total lightweight” and a “loser.” Amash is the first congressional Republican to break with Trump and the party over special counsel Robert Mueller’s report on Russian election meddling.

“Never a fan of @justinamash,” Trump tweeted. He went on to describe the congressman as “a total lightweight,” arguing that he only opposed him and the Republican Party as a means of “getting his name out there through controversy.”

“Justin is a loser who sadly plays right into our opponents hands!” the president tweeted.

On Saturday, Amash broke with his political party to criticize both Trump and Attorney General William Barr. In a series of tweets, Amash said that, after reading the redacted Mueller report, he’d concluded that Barr “has deliberately misrepresented Muellers report” and that Trump “has engaged in impeachable conduct.” Bustle has reached out to the White House for comment.

“Contrary to Barrs portrayal, Mueller’s report reveals that President Trump engaged in specific actions and a pattern of behavior that meet the threshold for impeachment,” Amash tweeted.

Amash went on to argue that Mueller had identified “multiple examples” of Trump’s conduct that satisfy “all the elements of obstruction of justice.” “Undoubtedly any person who is not the president of the United States would be indicted based on such evidence,” the congressman wrote. Amash also accused Barr of publicly releasing “significant but often subtle” misrepresentations regarding Mueller’s findings, arguing that those misrepresentations frequently took the form “of sleight-of-hand qualifications or logical fallacies, which [Barr] hopes people will not notice.”

On Sunday, President Trump appeared to suggest that Amash was lying about having read Mueller’s report. “If he actually read the biased Mueller Report, ‘composed’ by 18 Angry Dems who hated Trump, he would see that it was nevertheless strong on NO COLLUSION and, ultimately, NO OBSTRUCTION,” he tweeted.

What’s more, Trump argued that it was impossible for him to have obstructed justice as there was no crime to begin with. “How do you Obstruct when there is no crime and, in fact, the crimes were committed by the other side?” he wrote.

In March, Barr announced that Mueller had finished his Russia investigation. In a brief summary of Mueller’s “principal conclusions,” Barr said the investigation “did not establish that members of the Trump Campaign conspired or coordinated with the Russian government in its election interference activities.” He also said that Mueller had “ultimately determined not to make a traditional prosecutorial judgement” on allegations of obstruction of justice.

Rather, Barr said Mueller “sets out evidence on both sides of the question and leaves unresolved what the special counsel views as ‘difficult issues’ of law and fact concerning whether the president’s actions and intent could be viewed as obstruction.”

Finally, Barr also told Congress that Mueller had noted that “while this report does not conclude that the president committed a crime, it also does not exonerate him.”

While Trump has repeatedly characterized Mueller’s report as “a complete and total exoneration” of him, he’s also claimed that some parts of it “are total bullshit.”