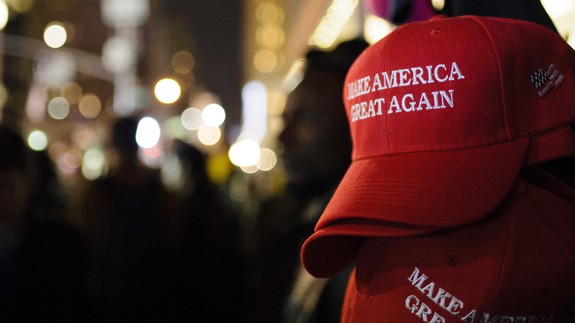 Donald Trump supporters are turning to a Yelp-like restaurant review app in search of safe spaces.

Dubbing the society-wide repulsion to the president’s signature red hats as “MAGAphobic,” Trump fans are using the app “63red Safe” as a guide to conservative-friendly restaurants. The Daily Beast reports that the app’s users rate businesses based on if the owners “make political social media posts” and if customers are allowed to carry weapons.

SEE ALSO: A man threatened to sue a magazine for using his picture to show a generic hipster. But it wasn’t him.

63red Safe founder Scott Wallace told the Daily Beast that he’s “trying to position it as an everyday ‘where can I go to eat safely’ app” — similar to the Green Book that African American drivers used during the Jim Crow era to determine what establishments were safe, except it’s to protect people from name-calling and getting their hats taken, not keeping them safe from hate crimes.  Read more…