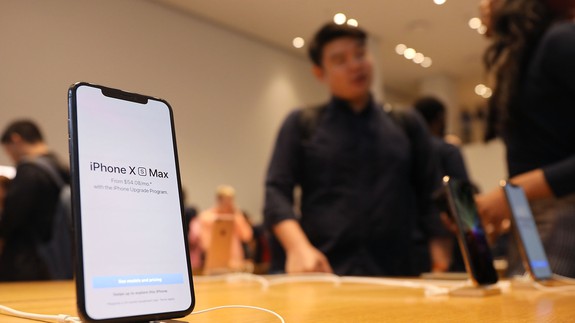 Apple’s $1,000 iPhones were expensive enough. Now they could get even pricier.

With President Donald Trump threatening to impose more tariffs on Chinese products, Wall Street analysts think Apple might have to bump up prices to compensate. If the tariffs became a reality, J.P. Morgan estimated iPhone prices could increase by 14 percent, according to CNBC.

While there are numerous factors to prevent this from happening, it would put a higher premium on an already premium line of phones. The cheapest of last year’s iPhones, the $750 iPhone XR, would cost an extra $100. Meanwhile, Apple’s most expensive iPhone (the 512GB iPhone XS Max) would cost $200 more — bringing its price tag up to $1,650.  Read more…