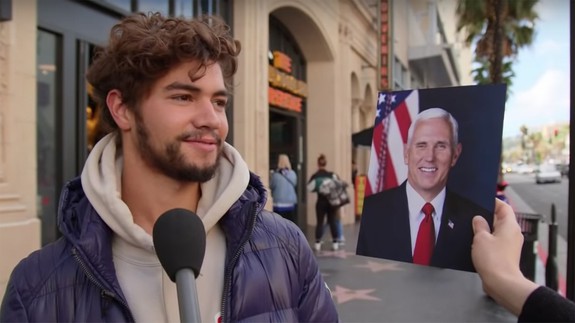 According to a recent CNN survey, a solid 12% of Americans have “never heard of” Vice President Mike Pence.

Going by the video above, though, you’d think it was even more than that.

Following the survey, the Jimmy Kimmel Live team took to the streets to show random members of the public a photo a grinning Pence — and asked them to identify the man shown.

The results? Not so good.

“In a way I’m jealous of those people,” says Kimmel at the clip’s conclusion. “I really am.” Read more…