MARK Zuckerberg is the founder of social network giant Facebook who has pledged to give most of his wealth to charity during his lifetime.

Here is everything we know about the genius entrepreneur and philanthropist. 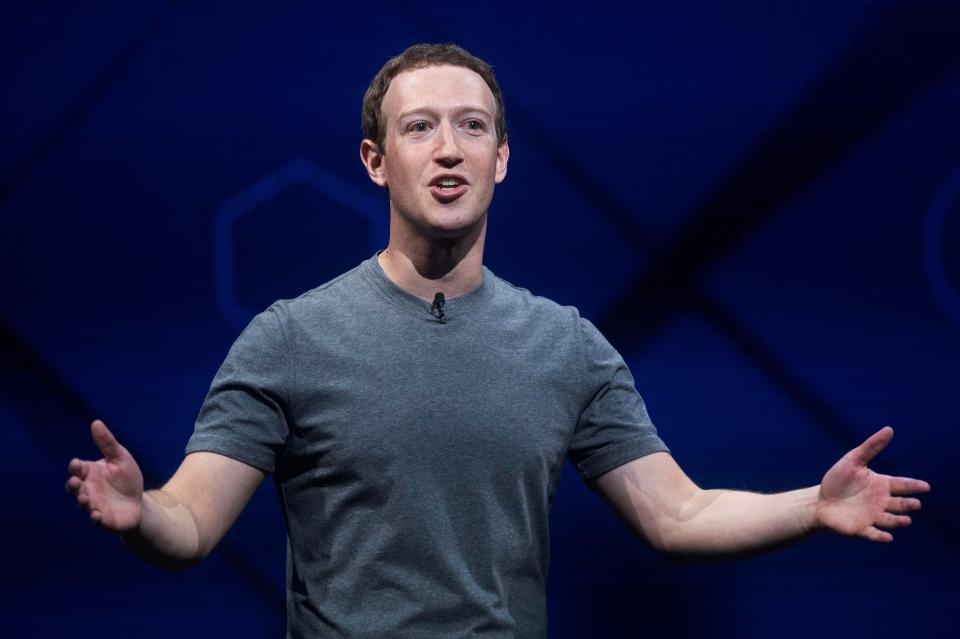 Who is Mark Zuckerberg?

Mark Zuckerberg is the chairman, CEO and co-founder of social networking giant Facebook.

Born in New York in 1984, Zuckerberg already had a “reputation as a programming prodigy” when he started college.

While at Harvard, Zuckerberg launched a site called Face Mash, on which students ranked the attractiveness of their classmates.

Harvard shut the site down after its popularity crashed a network and Zuckerberg later apologised saying it was “completely improper”.

The following term he began working on an early version of Facebook.

The 33-year-old launched the social network from his dorm room on February 4, 20o4 with the help of fellow students.

The friends would end up embroiled in legal disputes as they challenged Zuckerberg for shares in the company.

Zuckerberg also faced action from Cameron and Tyler Winklevoss, as well as Divya Narendra who claimed he had stolen their idea – the disagreement was later turned into the film, The Social Network.

The tech prodigy dropped out of Harvard to focus on Facebook, but received an honorary degree in 2017.

Speaking about the site to Wired magazine in 2010 he said: “The thing I really care about is the mission, making the world open.” 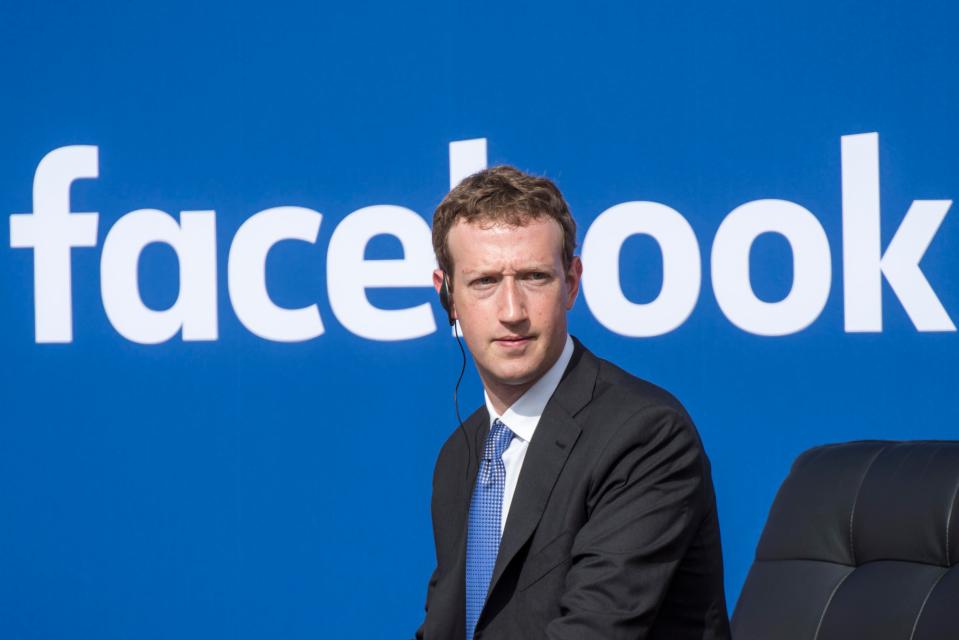 What is Mark Zuckerberg’s net worth?

Mark Zuckerberg was named the fifth richest person in the world in Forbes’ 2017 annual list, with an estimated net worth of $62.5billion in 2019.

According to Bloomberg, that figure soared to a peak of about $79billion by the start of February – but slumped by $15billion following the Cambridge Analytica scandal.

The tech giant and his wife Priscilla are known for their charitable donations and have pledged to give away 99 per cent of their Facebook shares during their lifetimes.

The couple had already signed the Giving Pledge, alongside Bill Gates, promising to donate at least half their wealth to charity.

In 2013 he pledged to work towards getting the 5billion people without access to the internet online.

In October 2014, Zuckerberg and his wife donated $25million to combat Ebola. 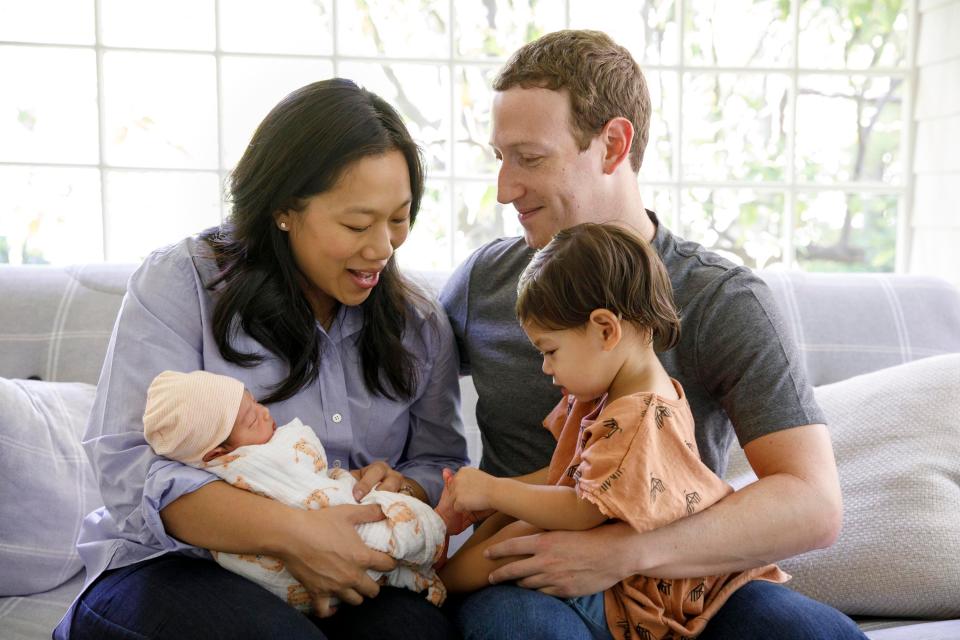 Priscilla Chan, 31, is an American philanthropist and paediatrician.

Priscilla’s parents were Chinese refugees who fled Vietnam in boats and she grew up speaking both Cantonese and English.

In 2003 Priscilla graduated as class valedictorian, the highest ranking student among her peers, and she was voted “class genius” by her fellow students.

Priscilla then attended Harvard University where she met and began dating Mark Zuckerberg, the founder and CEO of Facebook.

After graduating with a BA in biology in 2007, Priscilla continued her education and in 2015 she finished her paediatric residency.

The couple dated for 9 years before they decided to tie the knot in 2012.

On December 1, 2015, Zuckerberg and Chan announced the birth of their first daughter Max,

On August 28, 2017, they announced the birth of their second child August. 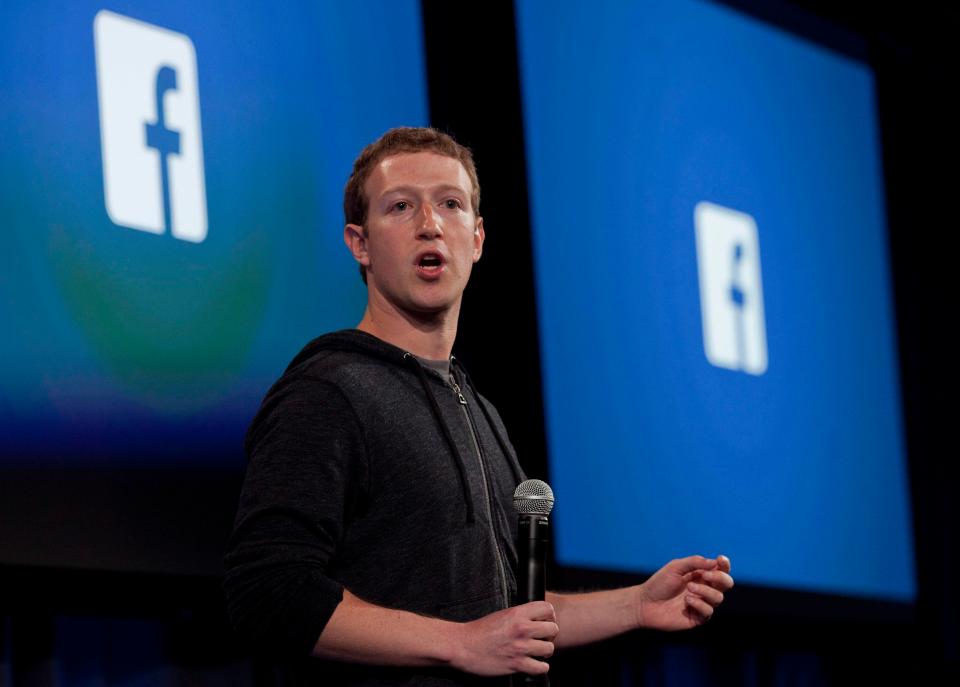 What did Facebook’s co-founder say about Mark Zuckerberg?

Chris Hughes – who shared a dorm room with Facebook chief Mark Zuckerberg at Harvard – blasted the company and its boss as “problematic”.

In a damning article for the New York Times, Chris, 35, accused Facebook of being a monopoly.

This was despite being recruited by Mark Zuckerberg as early as 2002 to help build the world’s biggest social network.

Chris called on US watchdogs to crack down on the app – and break it apart from subsidiaries like Instagram and WhatsApp.

“The government must hold Mark accountable,” he wrote.

“We are a nation with a tradition of reining in monopolies, no matter how well intentioned the leaders of these companies may be.

“Mark’s power is unprecedented and un-American. It is time to break up Facebook.”

He also personally accused former pal Zuckerberg of leading the firm astray – with the help of rogue colleagues.

“Mark is a good, kind person. But I’m angry that his focus on growth led him to sacrifice security and civility for clicks,” Chris wrote.

“I’m worried that Mark has surrounded himself with a team that reinforces his beliefs instead of challenging them.”

“The most problematic aspect of Facebook’s power is Mark’s unilateral control over speech.

“There is no precedent for his ability to monitor, organize and even censor the conversations of two billion people.”

“Even when people want to quit Facebook, they don’t have any meaningful alternative.

“Worried about their privacy and lacking confidence in Facebook’s good faith, users across the world started a ‘Delete Facebook’ movement.

“In the end, people did not leave the company’s platforms en masse. After all, where would they go?” 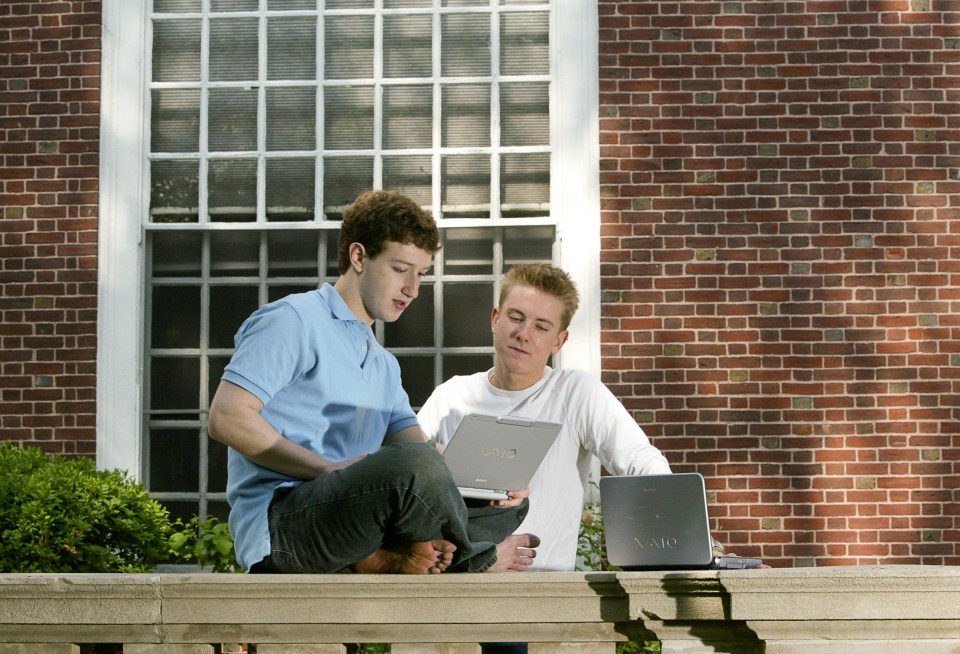 Mark Zuckerberg and Chris Hughes pictured together at Harvard in May 2004Corbis – Getty Who is Chris Hughes?

Here’s what you need to know…

Chris Hughes is an American businessman who helped found Facebook A Harvard roommate of Facebook inventor Mark Zuckerberg, Chris served as a spokesman for the site He was also the publisher and editor of The New Republic between 2012 and 2016 Chris was recruited by Zuckerberg in 2002, during his freshman year at Harvard Hughes was responsible for testing new Facebook features – and suggesting changes He left Facebook in 2007 to volunteer for Barack Obama’s successful 2008 presidential campaign Chris has an estimated net worth of around $430million USD (£330million) What is the Cambridge Analytica row?

The Guardian revealed that Cambridge Analytica had bought data from 50 million Facebook users that was obtained without their permission.

This data was reportedly used to help get US President Donald Trump elected, and also to boost the Brexit campaign in the UK.

The alleged breach came to light thanks to a Cambridge Analytica whistleblower called Christopher Wylie.

“And built models to exploit what we knew about them and target their inner demons.

“That was the basis the entire company was built on.”

Now the UK’s Information Commissioner announced she was seeking a warrant to look at the databases and servers used by the firm.

Shortly after Zuckerberg admitted the social media giant “made mistakes” over the Cambridge Analytica scandal.

In his first public statement since the controversy erupted, the Facebook CEO said a “breach of trust” had occurred between it and its users.

Mr Zuckerberg said: “We have a responsibility to protect your data, and if we can’t then we don’t deserve to serve you.”

The scandal resulted in the closure of Cambridge Analytica on both sides of the Atlantic.

MORE ON FACEBOOK FACE VALUE All you need to know about tech genius and Facebook CEO Mark Zuckerberg ZUCK IT UP Who’s Facebook co-founder Chris Hughes and what’s he said about Mark Zuckerberg? FACEBOOK TERROR SHAME Facebook accused of automatically creating business page for al-Qaeda LOG OFF Zuckerberg’s power is ‘un-American’ & Facebook should be broken up, co-founder says APPY BIRTHDAY Facebook launches Birthday Stories that let you send mates digital cards FACELOOK Facebook workers spy on your PRIVATE posts to train the site’s AI When did Mark Zuckerberg testify in front of Congress?

The first was a joint hearing of the Senate Judiciary and Senate Commerce, Science and Transportation committees.

The second hearing was with the House Energy and Commerce Committee.

For the most part, Zuckerberg’s response to Congress’ questions were “I’ll have my team get back to you”.

Some of the key takeaway points from the sessions include:

Moving to an opt-in model for data capture, instead of opt-out Facebook is to provide information on how it collects data from non-users The company may face repercussions over censorship Zuckerberg admitted that no one within the company had been fired over the Cambridge Analytica data scandal There will be stricter rules regarding those aged 13-18 Facebook is to provide an estimate of how many “like” and “share” buttons there are When is he giving evidence to the European Parliament?

On May 22 the Facebook founder appeared before the European Parliament which some saw as a snub due to his continued refusal to answer questions from British MPs.

While Facebook and Zuckerberg had initially pushed for the session to be behind closed doors, the session was livestreamed.

Zuckerberg apologised to EU lawmakers for the company’s role in the Cambridge Analytica scandal and for allowing fake news to proliferate on its platform.

He also apologised for Facebook’s tools being used “for harm”.

Mr Zuckerberg did not address questions about whether Facebook was a monopoly and how it plans to use data from its WhatsApp division.

Nor did he directly answer questions about shadow profiles or whether non-Facebook users’ data should be collected.